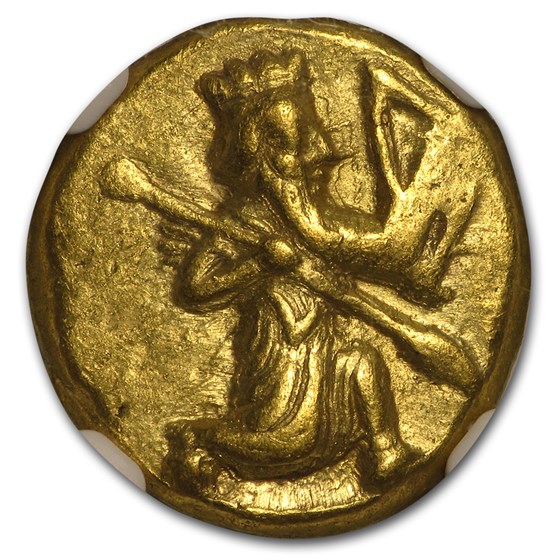 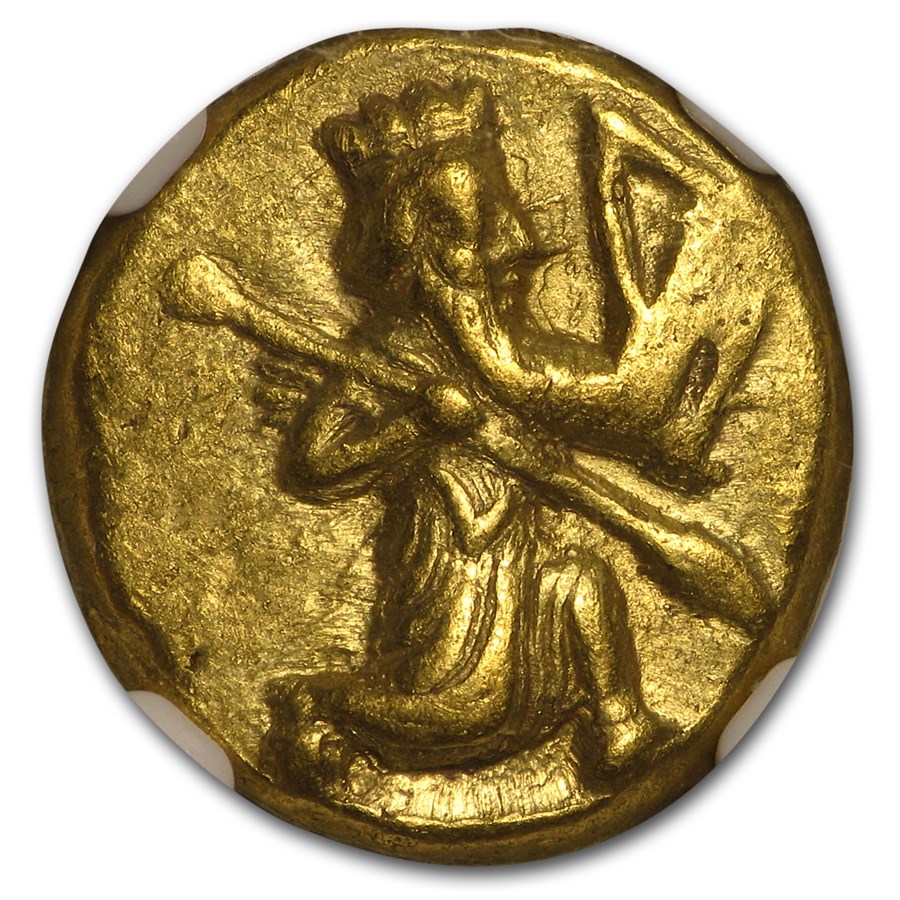 Your purchase will match the quality of the product shown.
Product Details
Product Details
This Persian Gold Daric was issued in the time of Darius I to Xerxes II. Many Gold Darics where melted down during the conquests of Alexander the Great and many more where melted and recoined through circulation with the Greek City States.