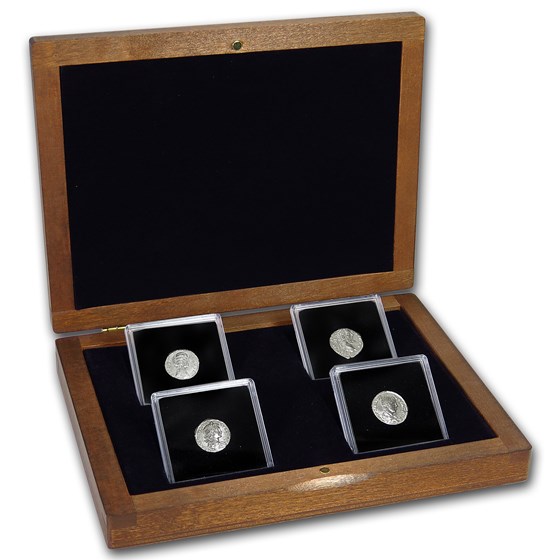 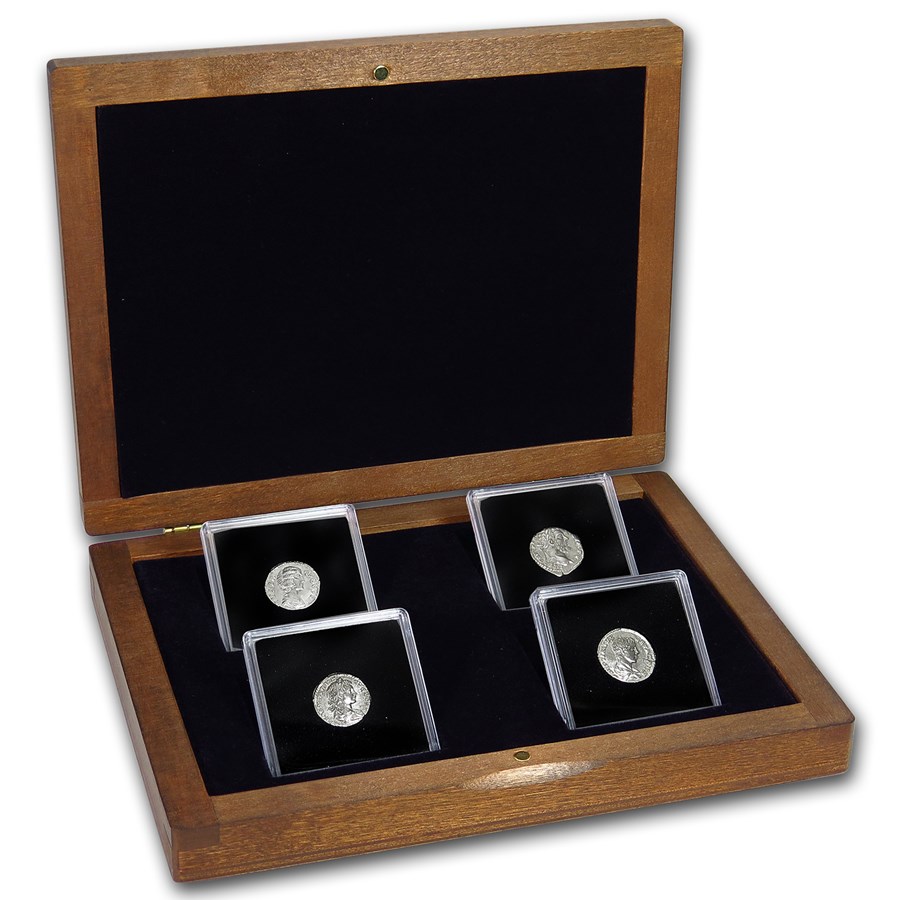 Product Details
Product Details
The reign of the Severan emperors began with the rise of Septimius Severus to emperor in 193 AD. Septimius, who came from the Roman province of Africa and whose first wife Paccia Marciana died in 186, married the Syrian Julia Domna in his second marriage.

In 193 AD, the so-called Year of the Four Emperors there were struggles for power within the empire after the dead of the old Emperor Commodus. Septimius emerged as the sole victor from this battle for imperial dignity. He remained Roman emperor until his death in 211.


Add this educational and highly collectible 4-coin collection of the Severan Dynasty to your cart today.

Even after her husband's death, Julia Domna was still very much venerated and she was already revered as a goddess while alive. Their first son, Geta, was born while Septimius was still a governor in the province of Gaul; Geta became Roman emperor in 211 AD and was killed in the same year by his brother Caracalla. The latter-mentioned, born in 189 AD, was to hold the office of Roman emperor from 211-217 AD. After the death of both sons, Julia Domna decided to part from life voluntarily. It was Julia Maesa, her sister, who finally helped her grandchildren, first Elagabalus (218-222 AD) and then Severus Alexander, to attain imperial dignity and thus to secure the power of the Severan emperors until the death of Severus in 235 AD.