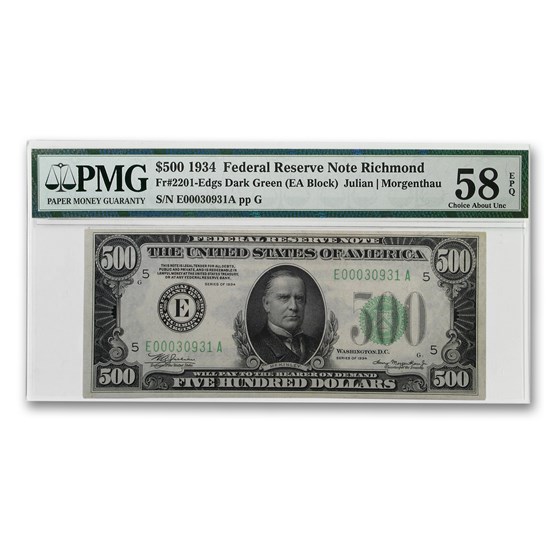 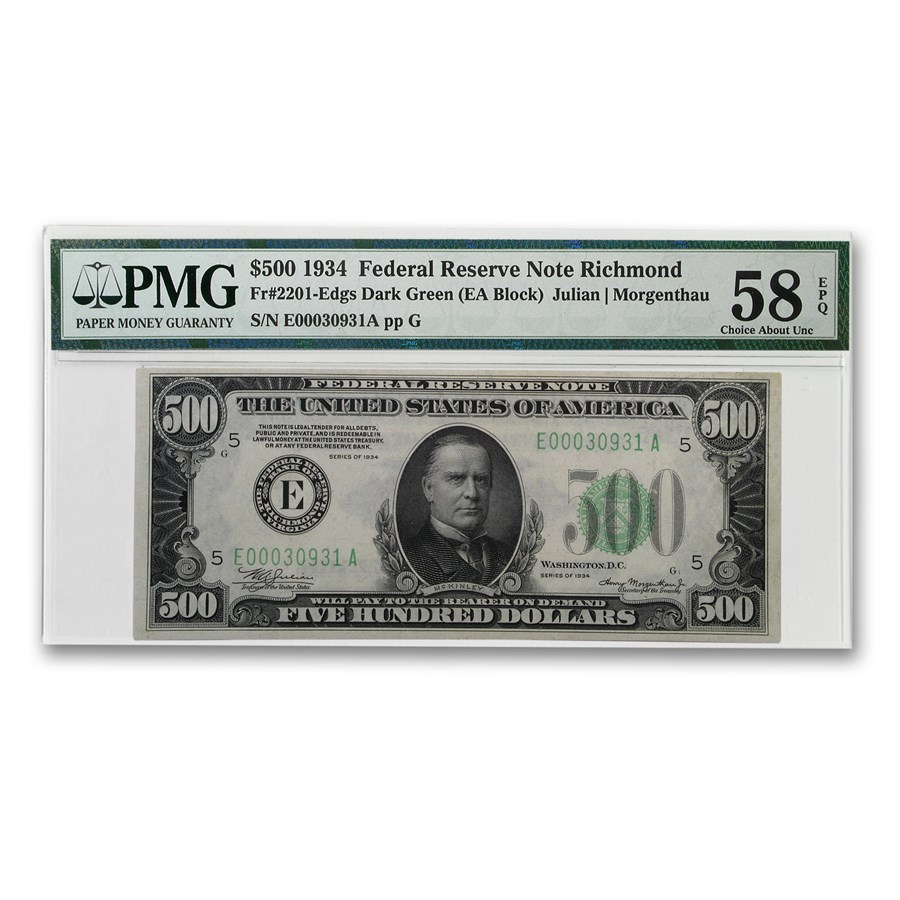 Product Details
Product Details
This series 1934 $500 Federal Reserve Note has a lot going for it. Just the slightest bit of circulation is keeping this from being a crisp Unc. This note is from the elusive Richmond district and received the EPQ designation from PMG.