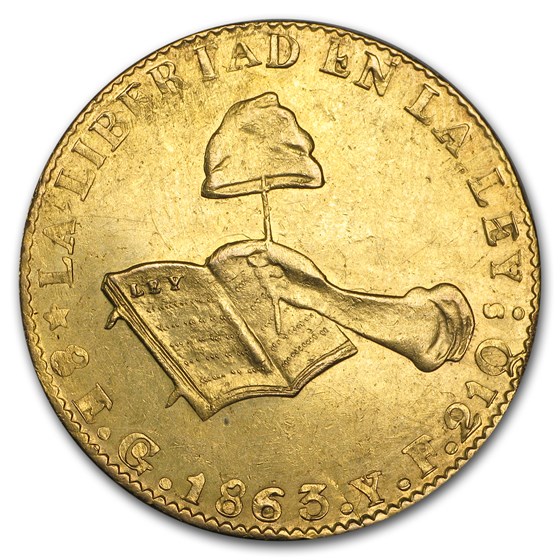 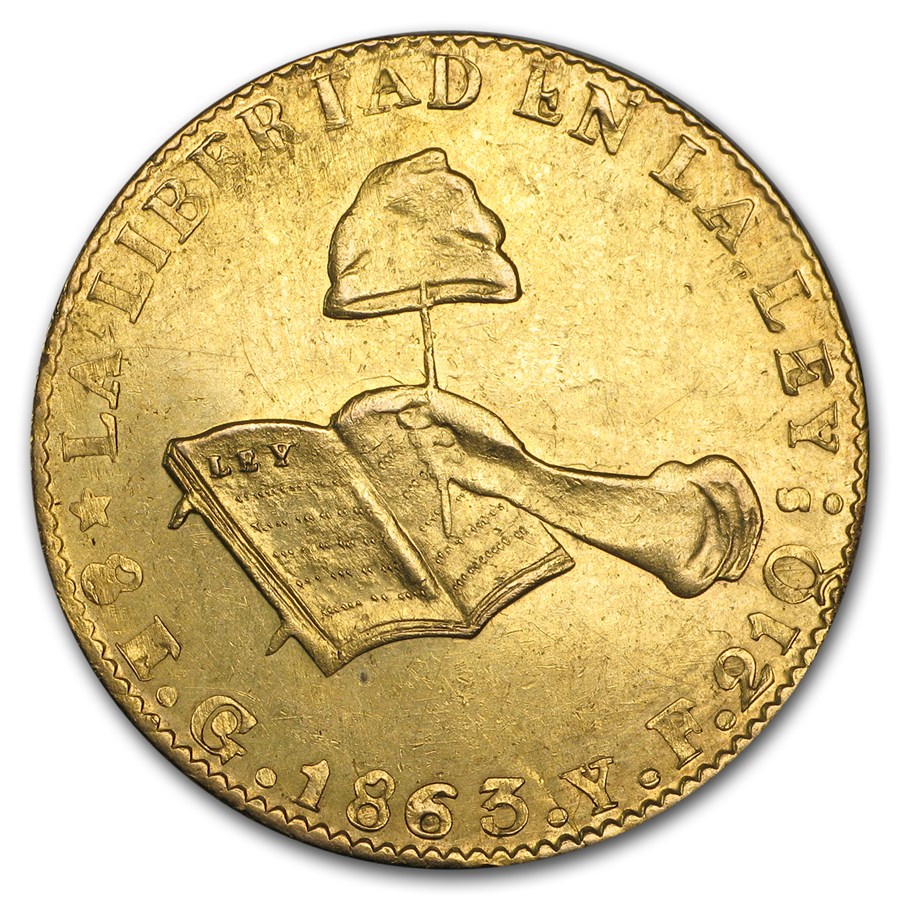 Your purchase will match the quality of the product shown.
Product Details
Product Details
The Mexican Republic was defeated by the armies of Napoleon III when Mexico refused to repay loans to the French government. The French installed an Austrian Duke as Emperor of Mexico which led to years of Civil War between the France and Mexico.

Add this Mexico Gold 8 Escudos to your cart today!