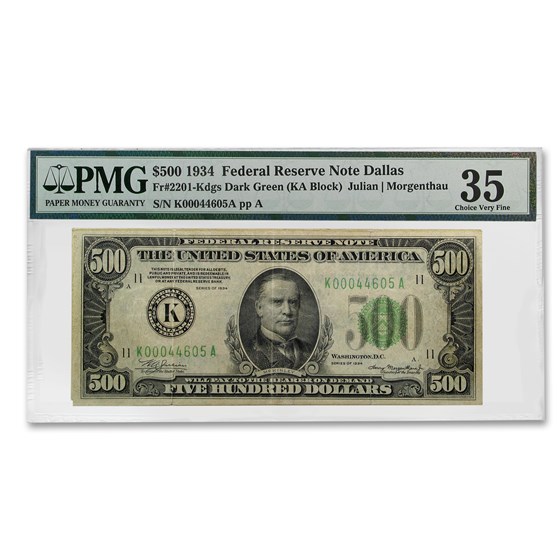 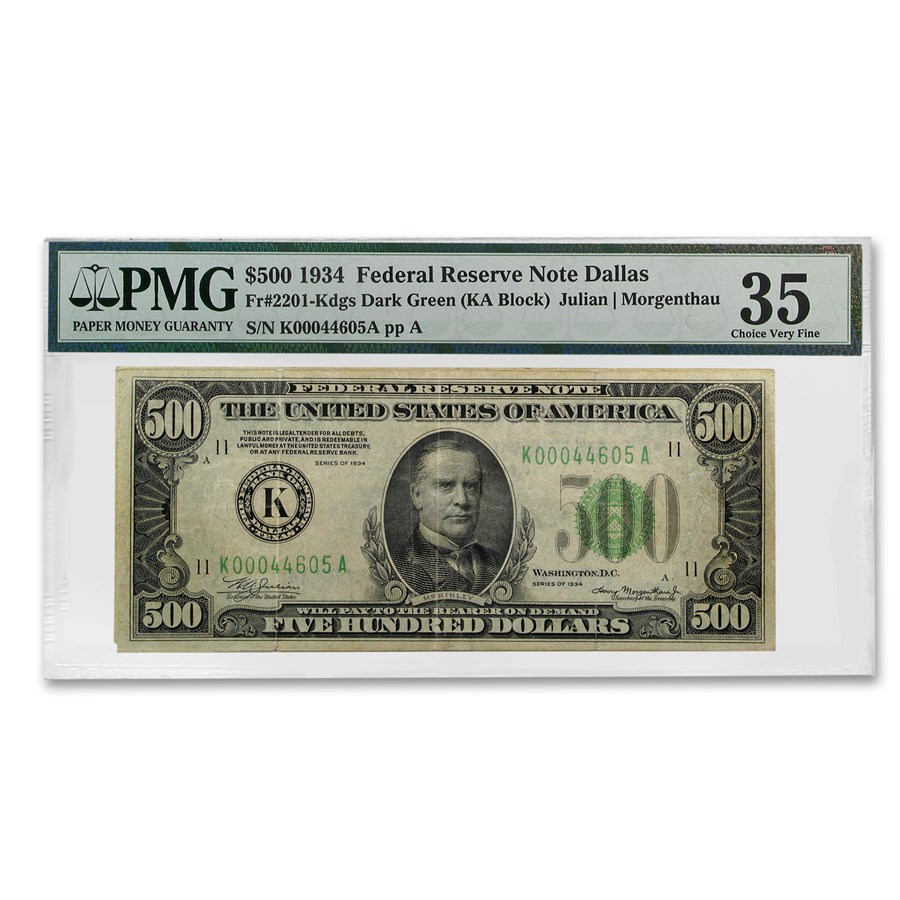 Product Details
Product Details
This series 1934 $500 Federal Reserve Note is from the desirable Dallas district and has been certified by PMG. Only 31,200 were printed for Dallas, making these notes elusive even without the certification.