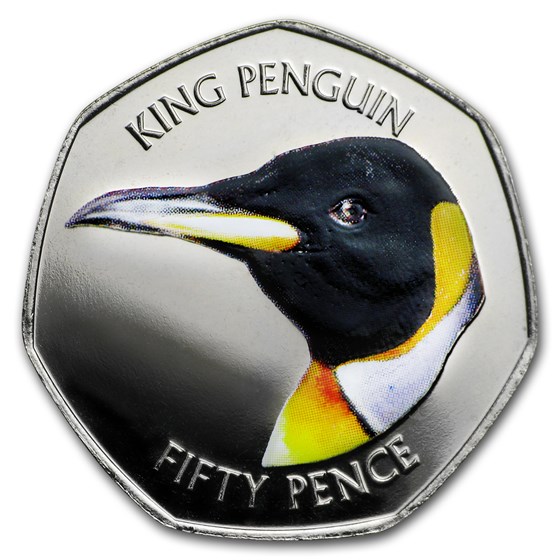 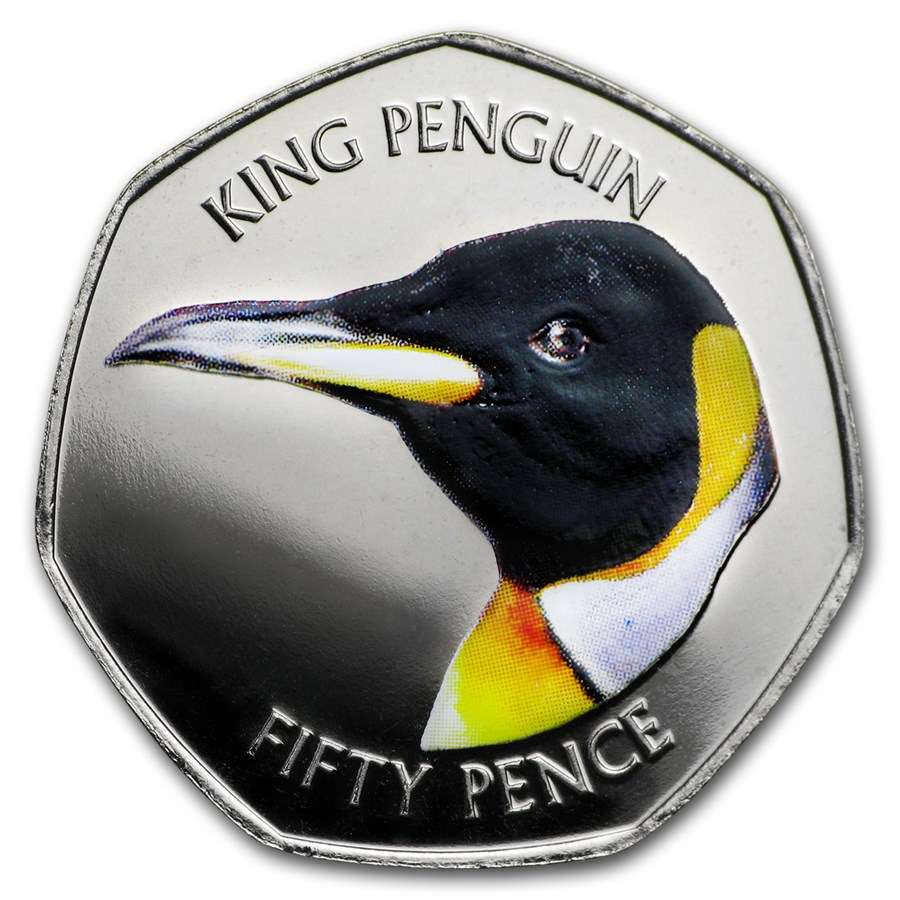 Your purchase is guaranteed to match the quality of the product shown. It will not be this exact item.
Product Details
Product Details
Third release in the series featuring the five breeds of penguin that are resident on the Falkland Islands, which is known as the penguin capital of the world.

Coin Highlights:
This coin is a fantastic addition to any numismatic collection. Add this 2018 Falkland Islands Cupro-Nickel coin to your cart today!

The king penguin is the second largest penguin species in the world with an overall population estimated at 1.2 million. In the Falkland Islands there are more than 1,000 breeding adults and over 500 chicks are raised each year. Juveniles are covered in brown fluffy plumage and often appear larger than their parents. It is thought that the Falklands king penguin population expansion may be due to overcrowding further south at South Georgia.