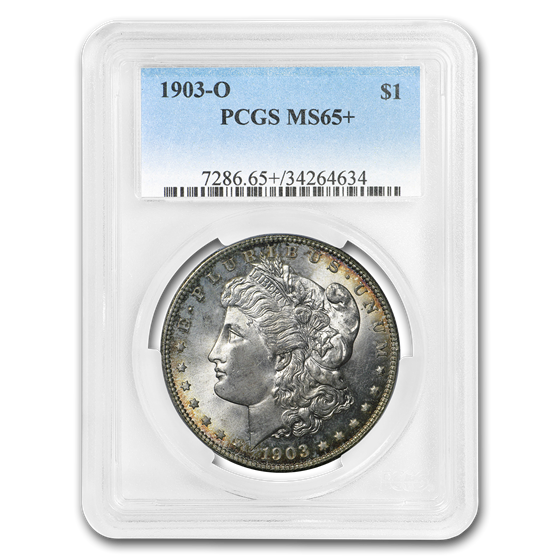 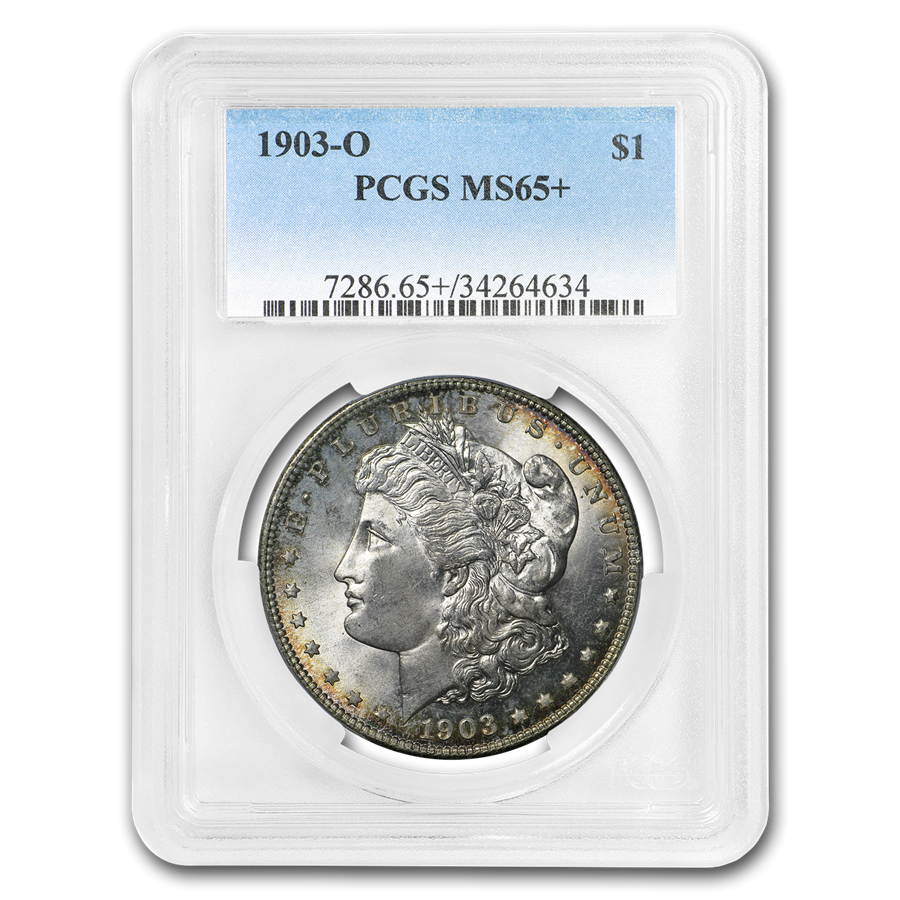 Your purchase is guaranteed to match the quality of the product shown. It will not be this exact item.
Product Details
Product Details
High grade example of this legendary Morgan issue. Virtually unknown until bags were found stored in bank vaults in the early 1960s.

Coin Highlights:
Beautifully showcase your certified Morgan Dollar by adding a presentation box to your order.

This piece of American history will instantly add value to any collection. Add this certified 1903-O Morgan Dollar to your cart today!

Until October 1962, the 1903-O was the most important, most acclaimed, rarest issue in Mint State in the entire Morgan dollar series. Outranking the 1893-S, 1895, the Mint State 1903-O was so rare that it was estimated that fewer than 10 specimens were known to exist. Few collectors or dealers had ever seen one, let alone had the opportunity to own one! In the then current Guide Book of U.S. Coins in 1962 an Uncirculated 1903-O cataloged at $1,500.00, the highest price of any Morgan dollar. Yeoman's theory was that most had been melted under the Pittman Act.