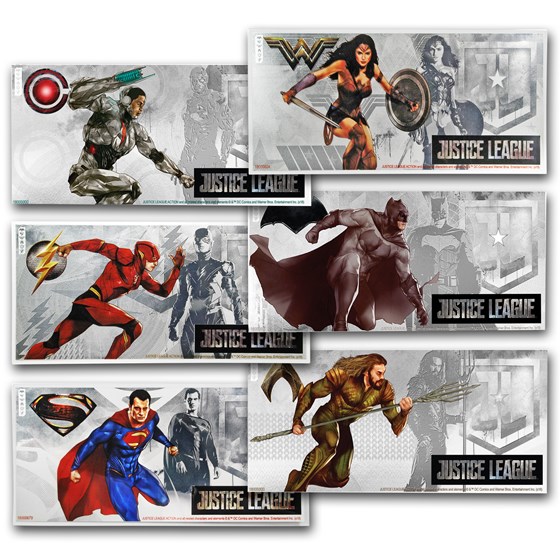 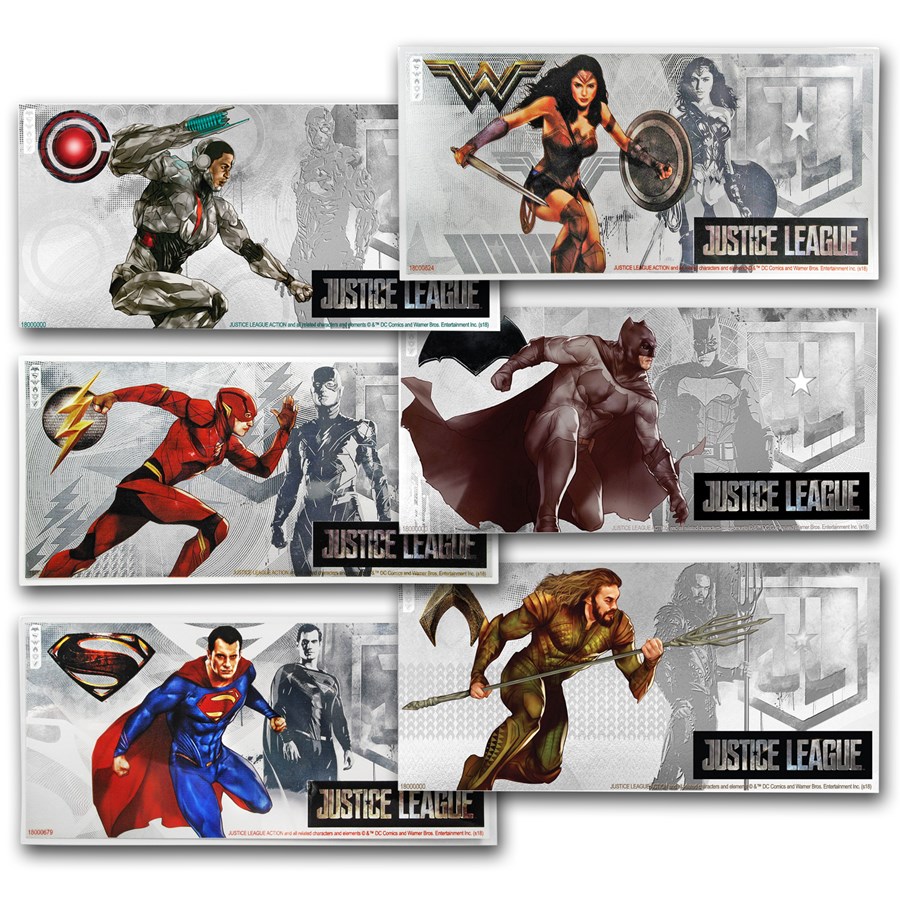 Your purchase is guaranteed to match the quality of the product shown. It will not be this exact item.
Product Details
Product Details
This unique collection from New Zealand Mint commemorates six characters from the Justice League to celebrate the 2017 film. This set includes all six foil notes, along with a six-note collector's album to display each note.

Note Highlights:
This complete six-note set of foil notes commemorating characters from Justice League is a must-have for any superhero fan, especially since it includes a limited edition collector's album to display your collection. Add this Justice League Batman Silver Foil Six-Note Set with Collector's Album to your cart today!