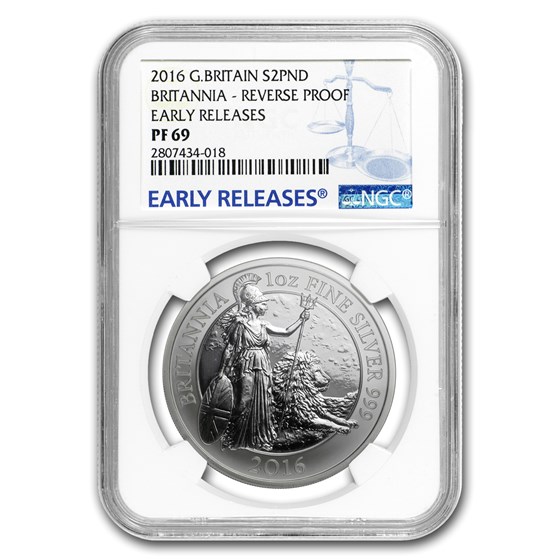 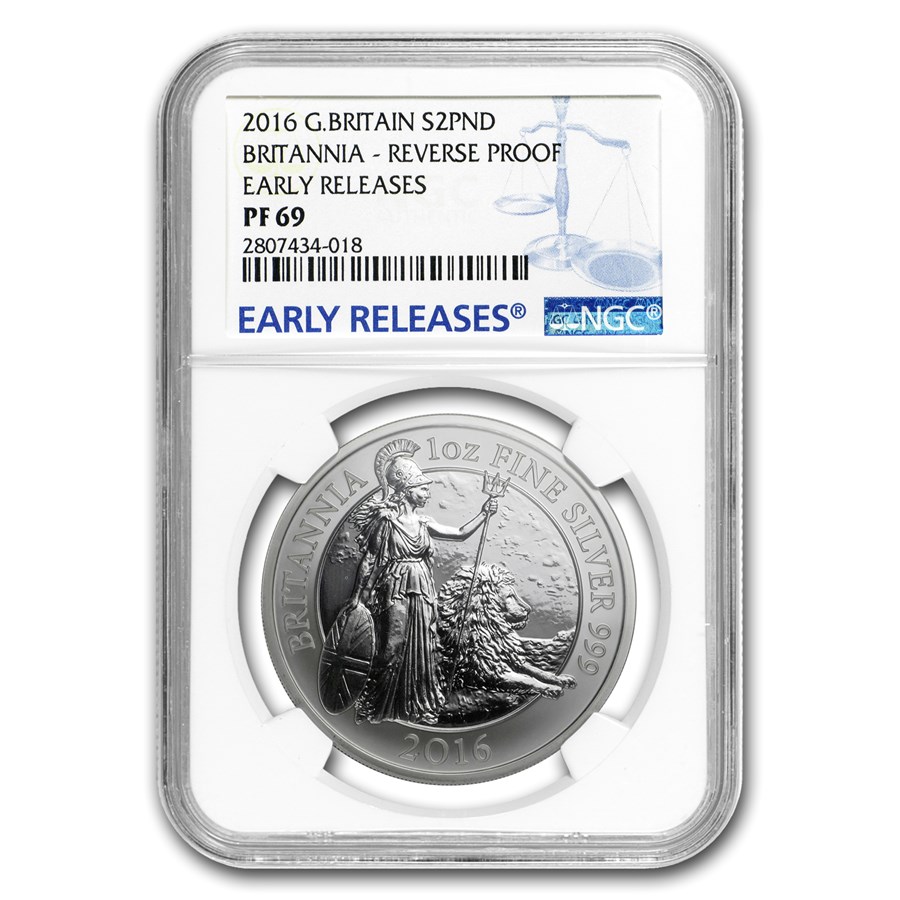 $32.51
As Low As
Product Details
Product Details
A modern rendition of an iconic symbol of liberty and democracy, this Reverse Proof Britannia features an Early Release label and is graded PF-69 by NGC.

Coin Highlights:
Protect and display your Reverse Proof Silver Britannia in style by adding an attractive display or gift box to your order.

This exceptional coin would be a great addition to any coin collection. Add this beautiful 1 oz Reverse Proof Silver Britannia graded PF-69 by NGC to your cart today!

Britannia represents British liberty and democracy, especially potent in times of national insecurity. The shield, a symbol of protection and security features the Union Jack and the lion symbolizes national courage. Visually the lion is very strong, beautiful and watchful and also a symbol of protection. It links in with Greek and Roman coinage while the inclusion of wind and sea reflect the more modern, forward thinking themes of renewable and green energy.