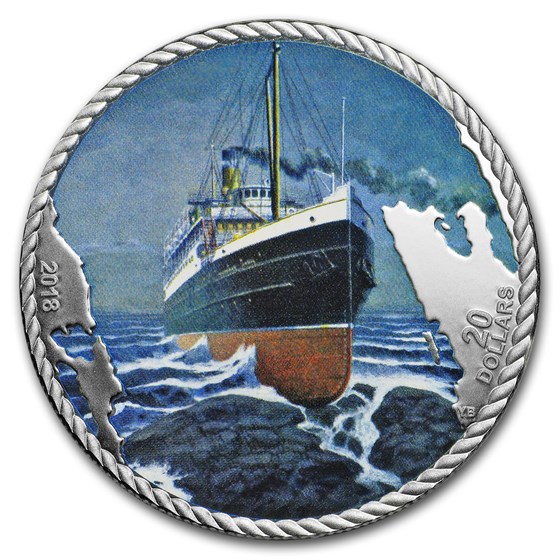 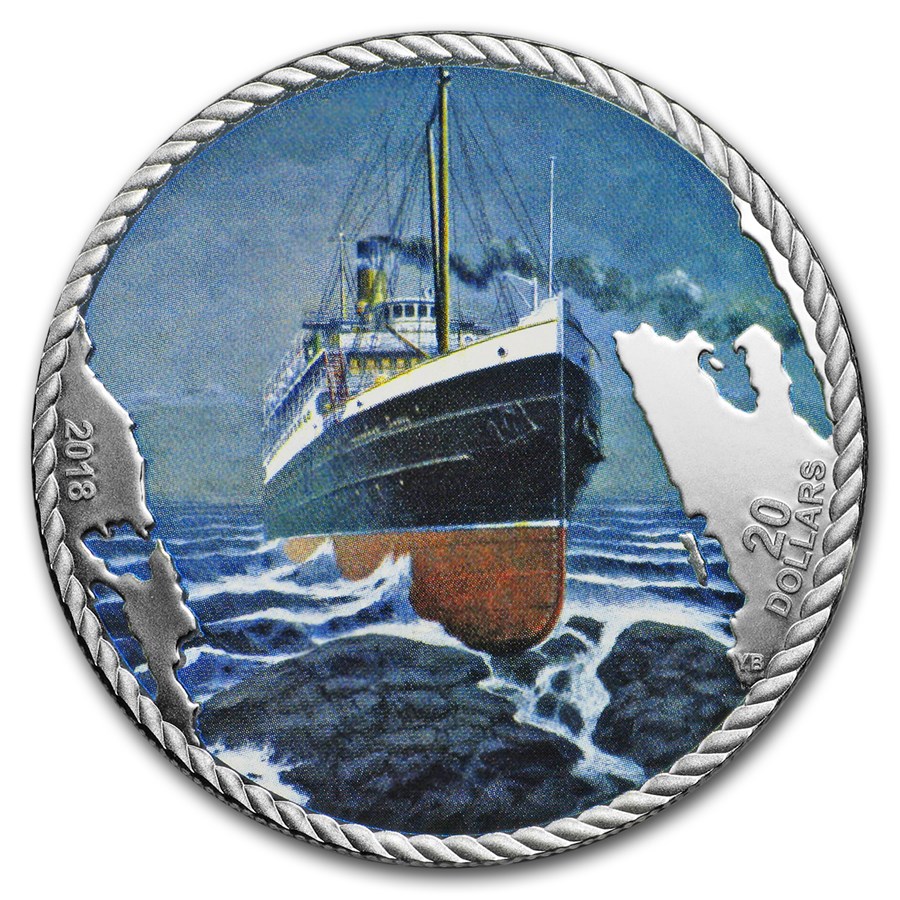 To commemorate the 100th anniversary of the tragic sinking, this fine Silver coin depicts the moment of impact in the icy waters of Alaska’s Lynn Canal when the ship struck the reef and where the ship is still located today.