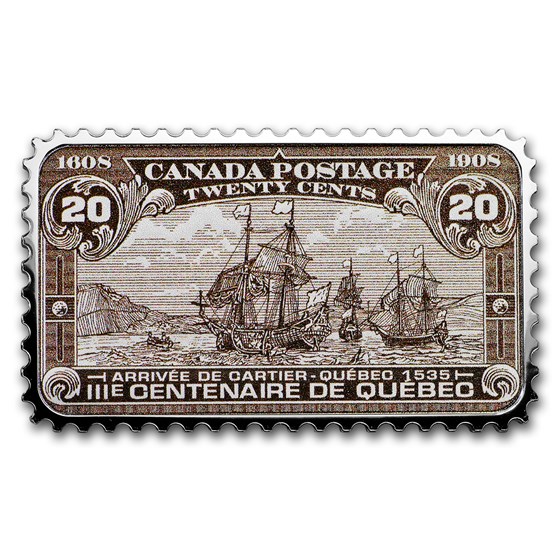 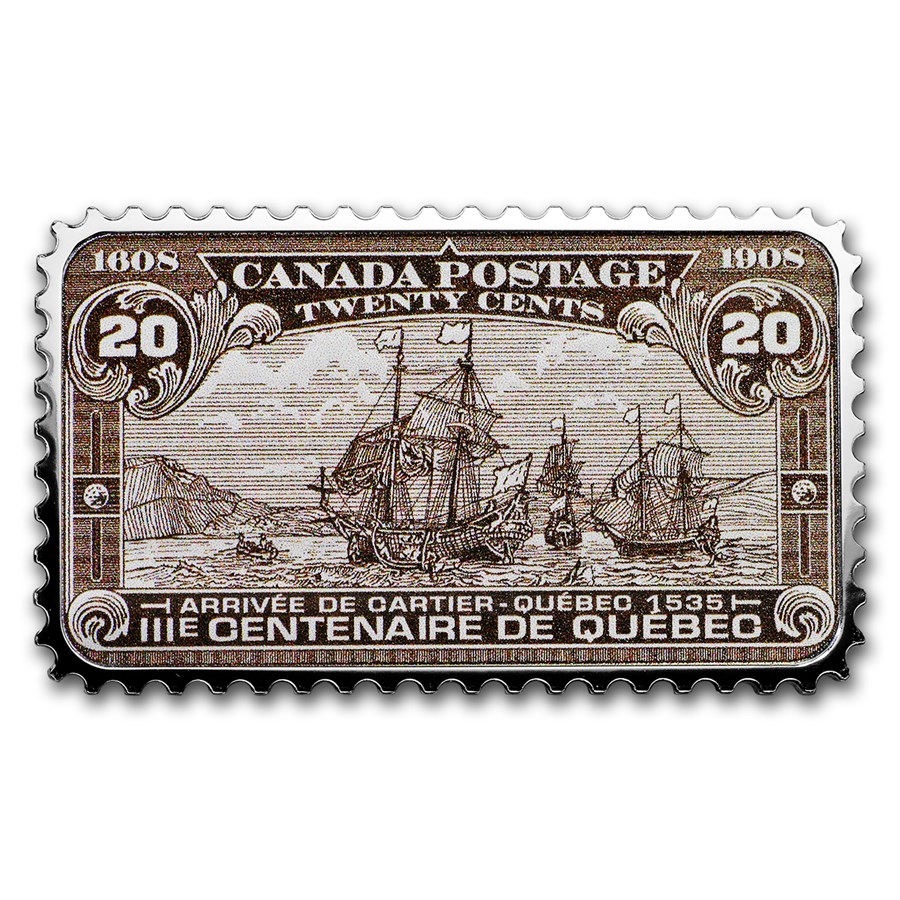 Your purchase will match the quality of the product shown.
Product Details
Product Details
The Royal Canadian Mint’s Canada’s Historical Stamps series is a numismatic tribute to early 20th century stamp designs, with colorful reproductions engraved within the “perforated” edges that transform this rectangular coin into a stamp-shaped one.

With serrated edges that mimic a postal stamp’s perforations, this fine Silver coin is a numismatic celebration of Canada’s postal and philatelic history, with a special focus on early 20th century stamp designs.

This is the second coin in a limited series that travels back in time to 1908, to reproduce a stamp issued for the 300th anniversary of the founding of Quebec City. Add this brilliant Silver Historical Stamps coin to your cart today!