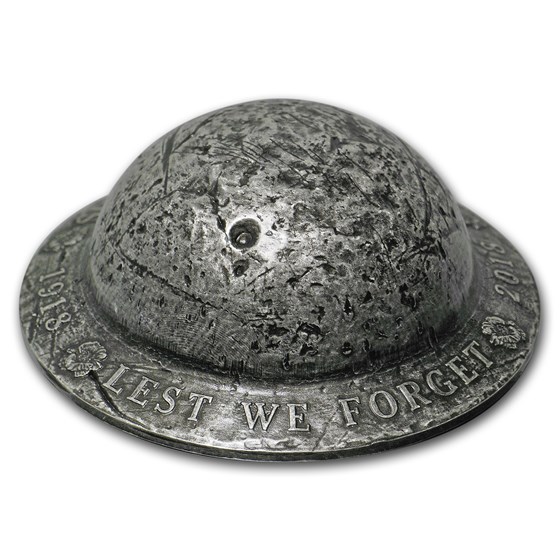 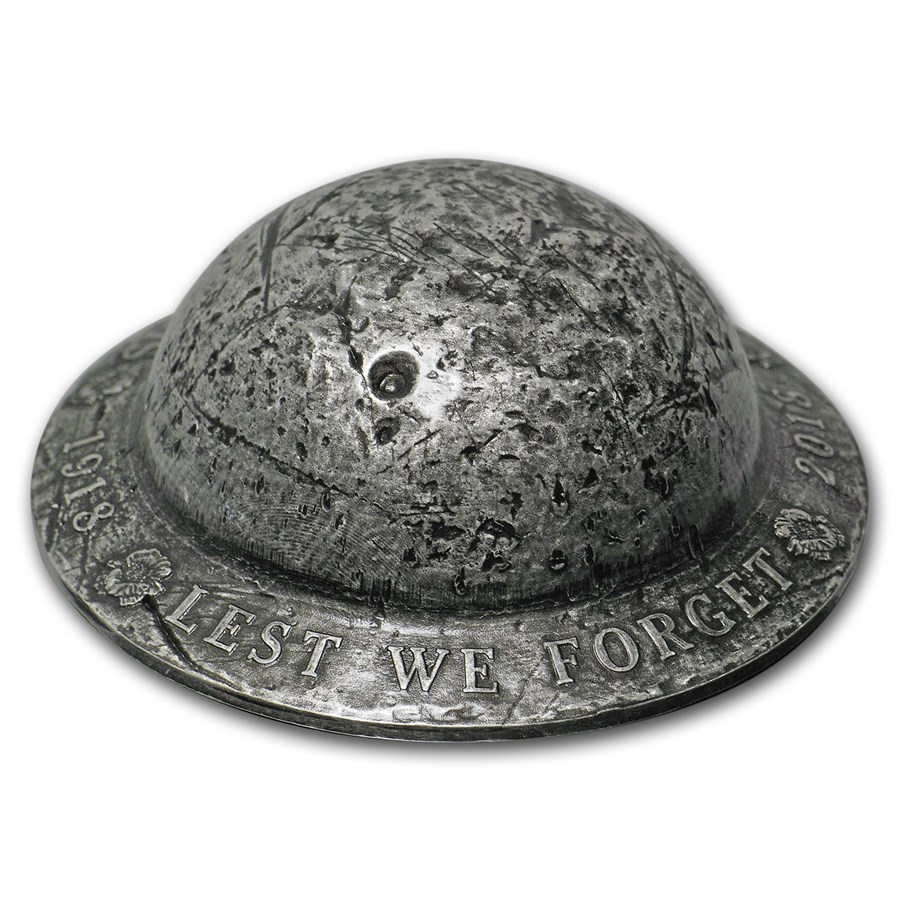 $24.16
As Low As
Product Details
Product Details
To commemorate the anniversary of the Armistice, the Royal Canadian Mint presents its most unusual coin yet featuring a helmet-shaped coin resembling those worn by Canadian combatants in WWI.


This is the first extreme curvature coin released by the RCM, featuring a more deeply curved surface than any other concave or convex coin. Add this remarkable Silver Lest We Forget Helmet coin to your cart today!

Resembling the 1916 Mark I model worn by Canadian combatants, your combat helmet-shaped coin is the result of a careful collaboration between Royal Canadian Mint engravers and engineers. Your coin’s unprecedented, extreme curvature allows for a realistic re-creation (on a much smaller scale) of the bowl-shaped headgear issued to Canadian troops and all British Empire forces in 1916. The reverse provides a view of the top of the now-iconic steel helmet, whose battle-worn appearance is the result of engraved “cracks” and “markings” beneath the antique finish that gives it all a distressed look. Along the brim that helped protect soldiers from airborne debris, the heartfelt assurance “LEST WE FORGET N’OUBLIONS JAMAIS” is flanked by engraved poppies, while the double dates “1918” and “2018” mark the centennial of Armistice.