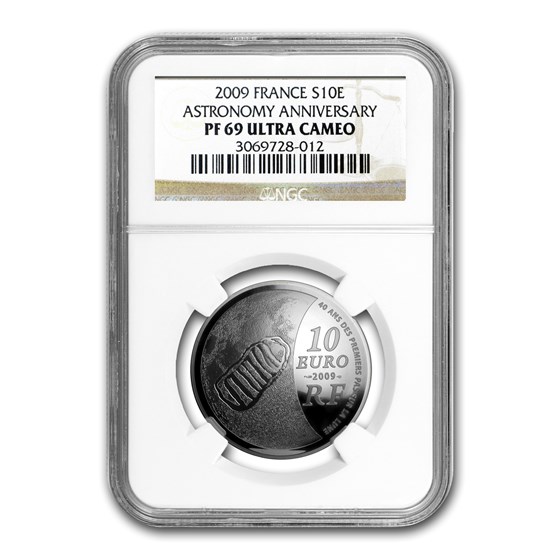 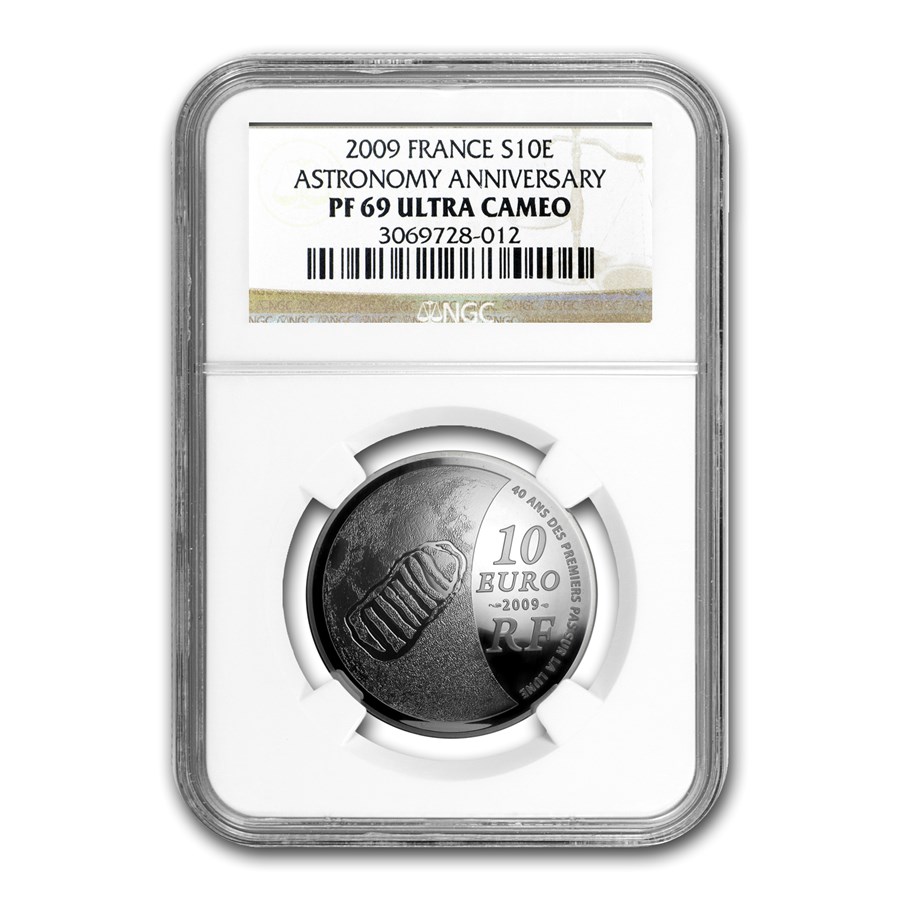 Your purchase will match the quality of the product shown.
Product Details
Product Details
This Silver coin commemorates the 40th Anniversary of man's first steps on the moon & has been graded PF-69 by NGC.

This Proof Silver 10 Euro coin, which is made of .900 fine Silver and commemorates the 40th anniversary of man's first steps on the moon. The United Nations declared 2009 the International Year of Astronomy. The event coincided with the 400th anniversary of the first recorded astronomical observations through a telescope by Galileo Galilei.