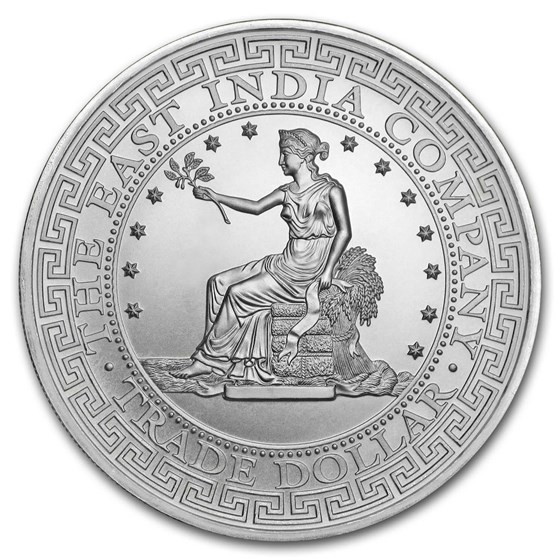 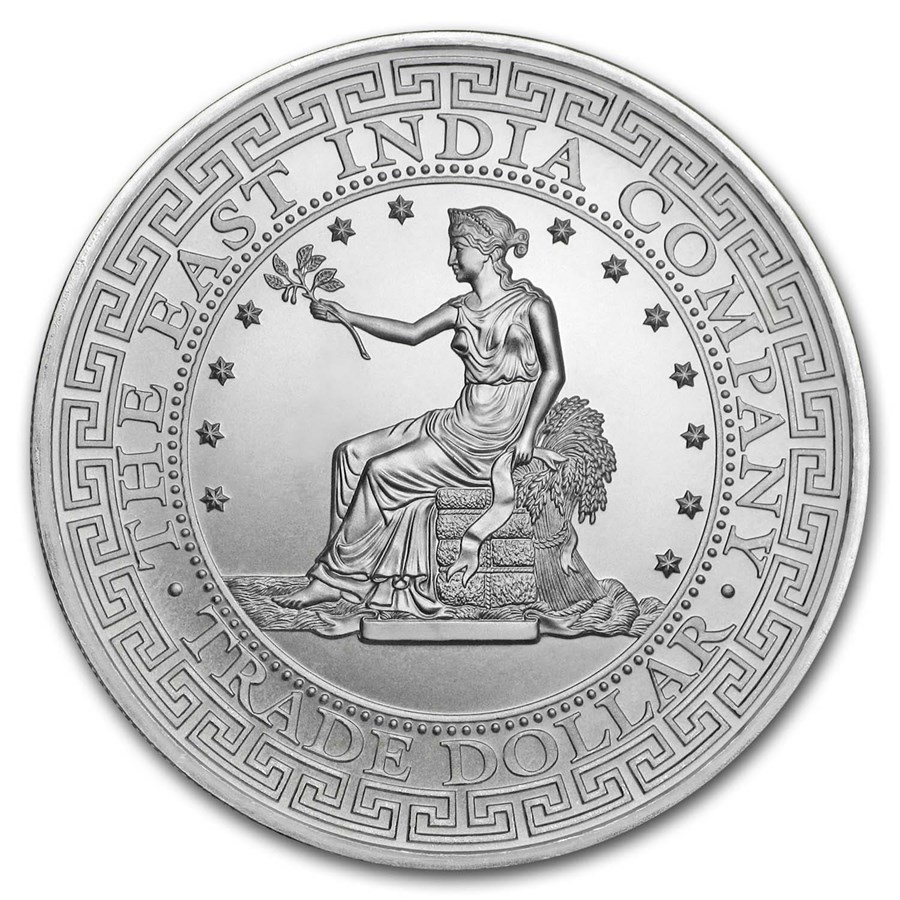 Your purchase is guaranteed to match the quality of the product shown. It will not be this exact item.
Product Details
Product Details
This beautiful coin with a limited mintage of 10,000 coins is a tribute to a currency born of commerce and trade.

Coin Highlights:
This Silver restrike is a historical coin with a classic design. Add the 2018 Silver U.S. Trade Dollar Restrike coin to your cart today!

During the Age of Exploration and subsequent Age of Imperialism, the Spanish Silver dollar became perhaps the most important coin in the world. To compete, many nations produced their own trade coinage made of Silver, and in the second half of the 19th century, the United States produced the Trade Dollar. Originally designed by William Barber the Trade Dollar was minted for five years and only 36 million pieces were struck.

The first trade dollars were struck in 1873, and the majority of the coins were sent to China. Eventually, bullion producers began converting large amounts of Silver into trade dollars, causing the coins to make their way into American commercial channels. This caused frustration among those to whom they were given in payment, as the coins were largely maligned and traded for less than one dollar each. In response to their wide distribution in American commerce, the coins were officially demonetized in 1876, but continued to circulate. Production of business strikes ended in 1878, though the mintage of proof coins officially continued until 1883. The trade dollar was re-monetized when the Coinage Act of 1965 was signed into law.

Very Good Packing and Service!!! The Coin is Great!!! Im proud to have it!!!!