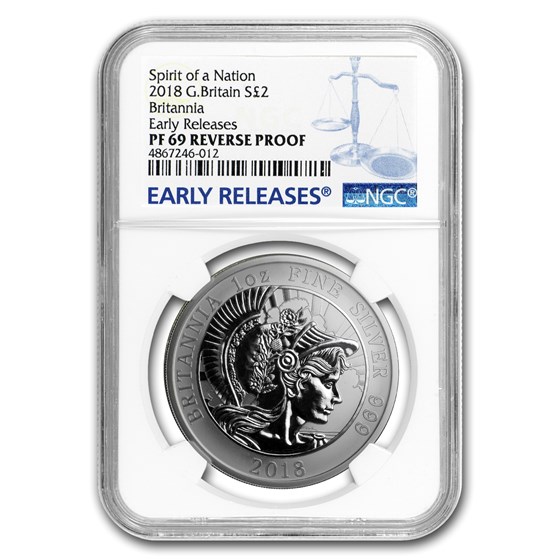 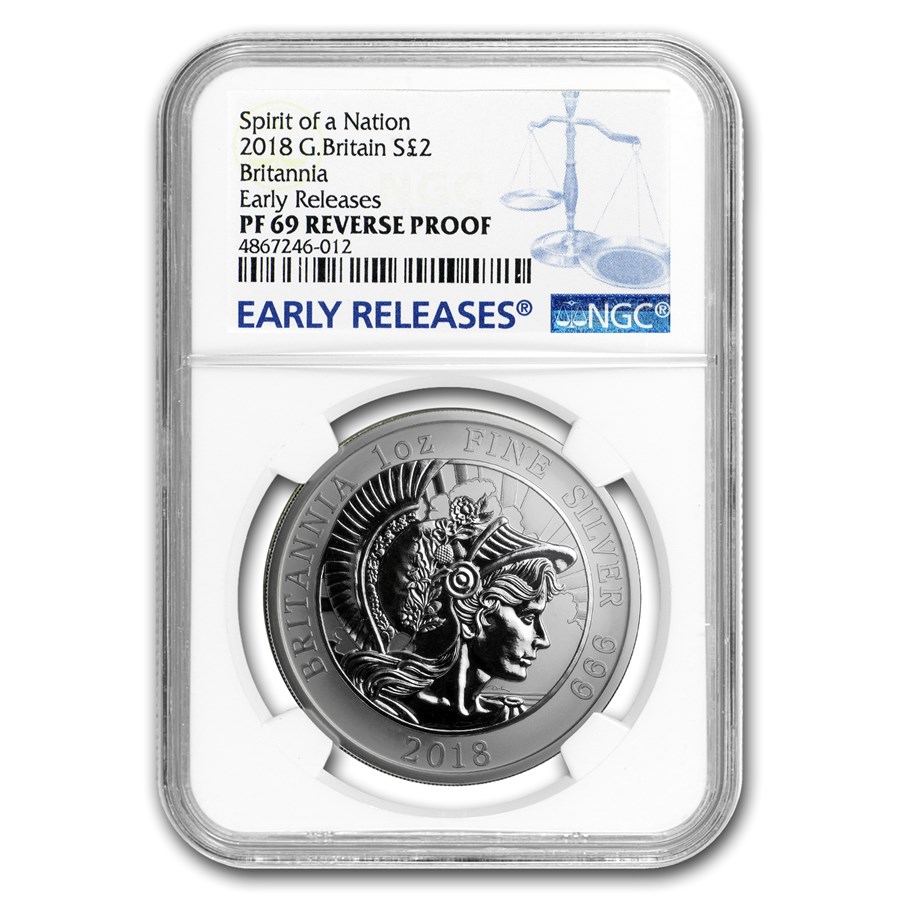 Your purchase will match the quality of the product shown.
Product Details
Product Details
With only 500 of the Reverse Proof Britannia coins minted worldwide, this Proof-69 Early Release coin graded by NGC is a true collector find!

Coin Highlights:
Protect and display your Proof Silver Britannia in style by adding an attractive display or gift box to your order.

This exceptional coin would be a great addition to any coin collection. Add this Reverse Proof-69 Britannia coin to your cart today!