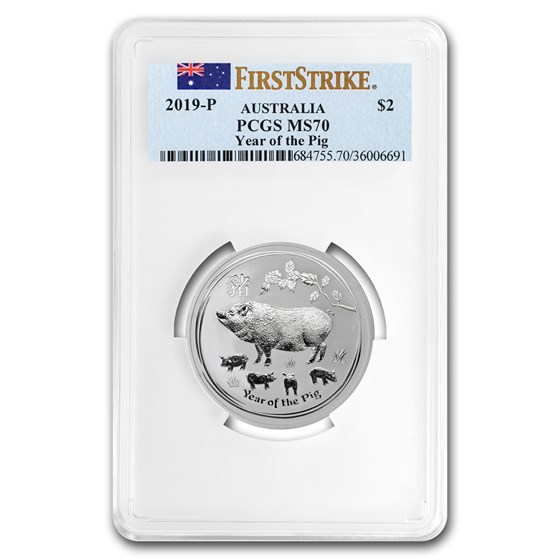 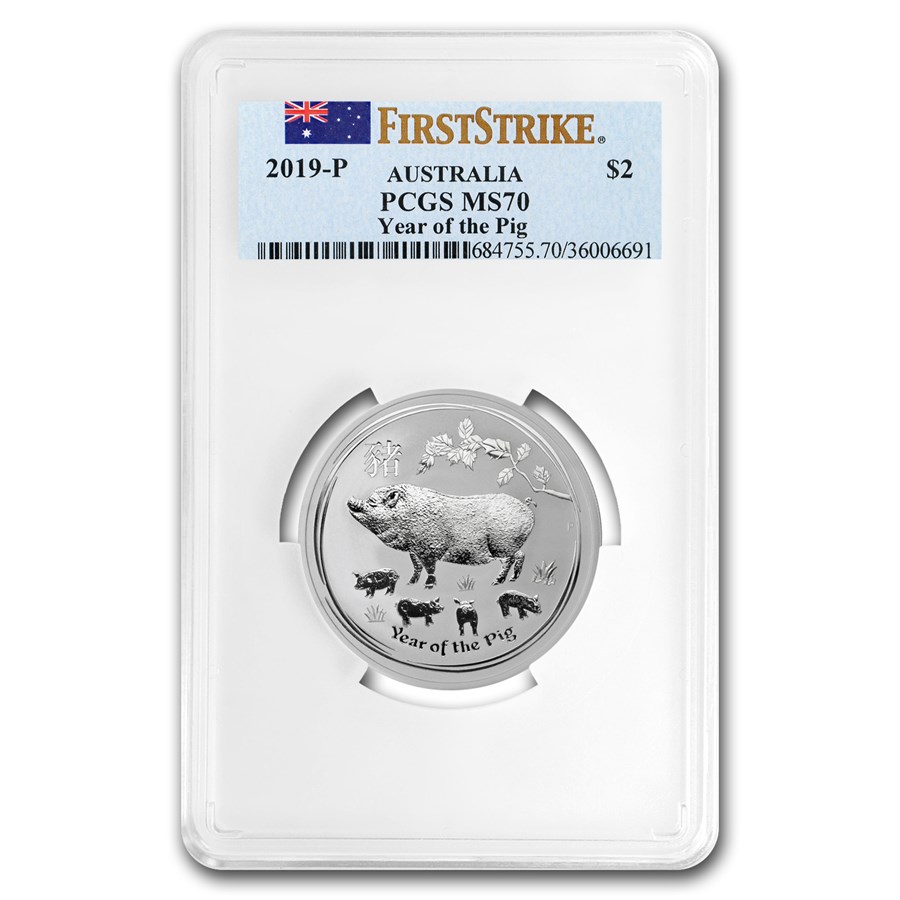 Perth Mint's Australian Lunar Series II collection epitomizes the rich tradition of minting spectacular bullion coins by portraying animal themes from the Chinese Lunar calendar. The reverse design changes each year based on the Chinese lunar calendar, and the 2019 reverse celebrates the Year of the Pig. The birth dates for people born in the Lunar Year of the Pig include 1923, 1935, 1947, 1959, 1971, 1983, 1995, 2007 and 2019. Those born in these years are said to be honest, loyal, sincere and generous with a calm temperament.

The Perth Lunar Series 1 concluded in 2010, and in 2008 (overlapping three years) began the Lunar Series 2 that is now in production. These releases have been tremendously popular worldwide, with each year selling out quickly as investors and collectors claim the coins of all sizes. As each 1 oz Silver bullion coin in Series 2 has been limited to 300,000 coins worldwide, the prolonged popularity is ensured by the high level of collectibility as well as the stellar designs from the reputable Perth Mint.