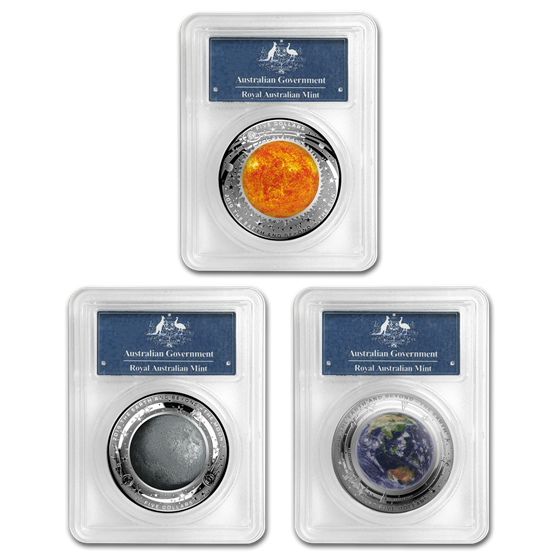 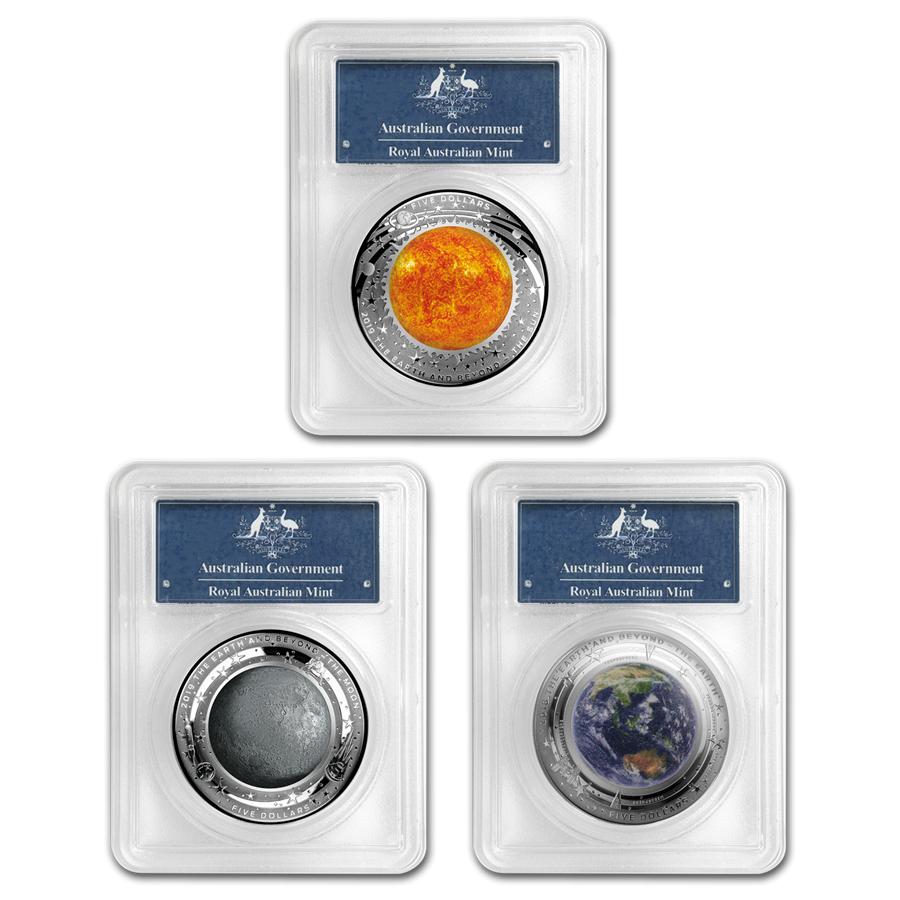 Product Details
Product Details
APMEXclusive®Get the complete 3-coin series of the popular Domed Silver Earth and Beyond series, all graded a perfect Proof-70 Deep Cameo First Strike by PCGS, and housed in a protective holder with an exclusive Royal Australian Mint label.

Coin Highlights:
Following their sold out series of the Silver Southern Domed coins and Silver Northern Domed coins, the Royal Australian Mint has once again produced a coin enjoyed by all. Add the complete set of the Silver $5 Australia Colorized 3-Coin Domed Earth and Beyond series, all graded PR-70 by PCGS with the First Strike designation to your cart today!