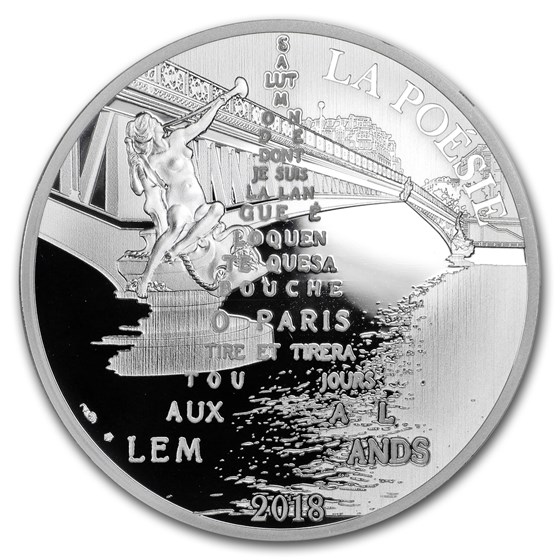 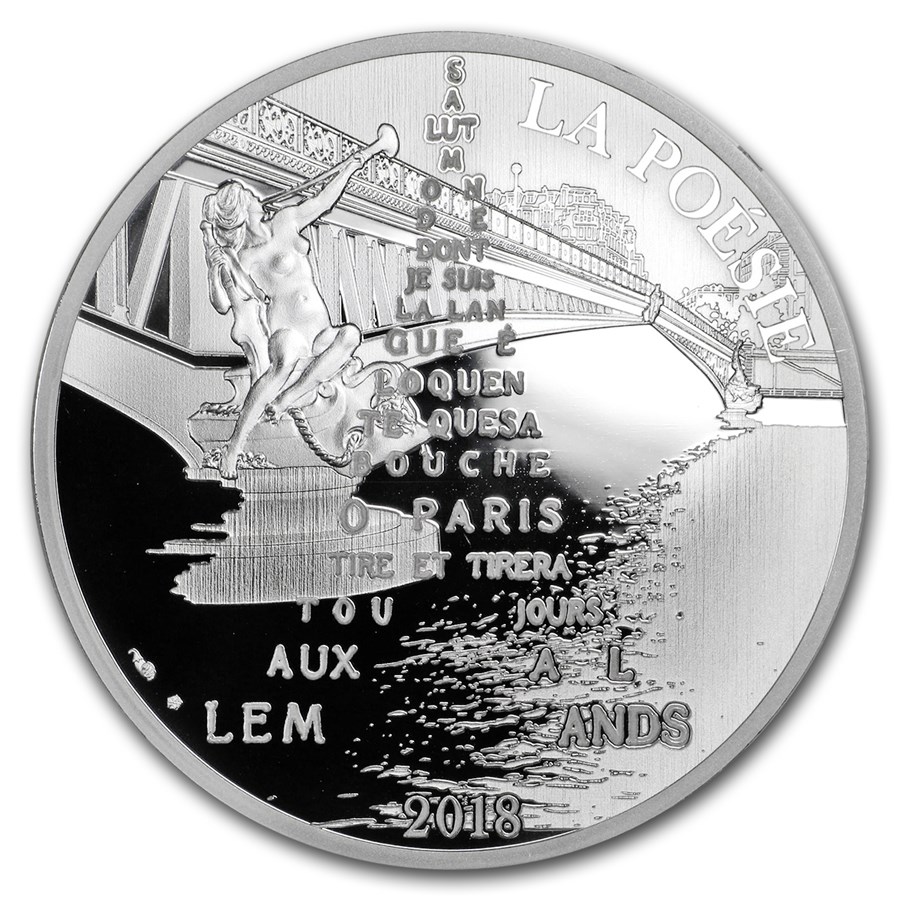 Product Details
Product Details
Guillaume Apollinaire, known as the pioneer of Surrealism in poetry, was a known for his calligrams & acrostic poems.

Coin Highlights:
This Silver coin would be a great addition to any collection or an ideal gift for a loved one. Add this 2018 France Silver €10 The 7 Arts Apollinaire coin to your cart today!

Guillaume Appollinaire was a French poet & writer considered to be one of the greatest of the 20th century. He was most know for his calligrams and acrostic poems and was active politically, taking part in the literary and aesthetic revolutions. He was known as a defender of modern art and a pioneer of surrealism which revolutionized poetry. He was admired during his lifetime by the young poets who later formed the core of the surrealist group: Andre Breton, Louis Aragon, & Philippe Soupault.

Monnaie de Paris is honoring Appollinaire as 2018 marks the 100th anniversary of his passing.