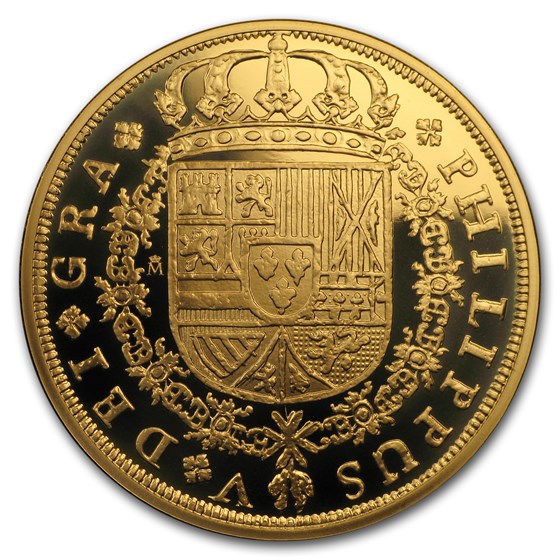 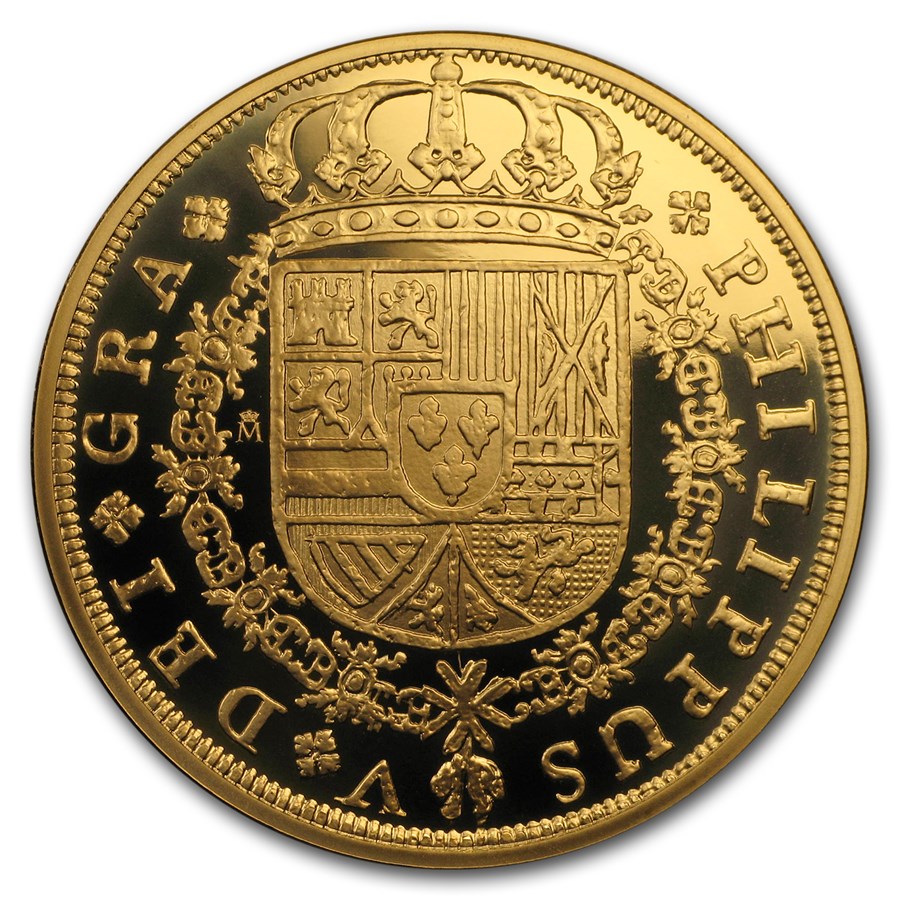 $2,182.49 $2,197.49
As Low As
12% Off The Premium
Product Details
Product Details
In 2018 the Spanish Royal Mint is celebrating the 150th Anniversary of the last minting of historical Spanish Escudos. This Gold coin commemorates an 8 Escudos coin that was struck at the Madrid Mint in 1719, during the reign of Felipe V.