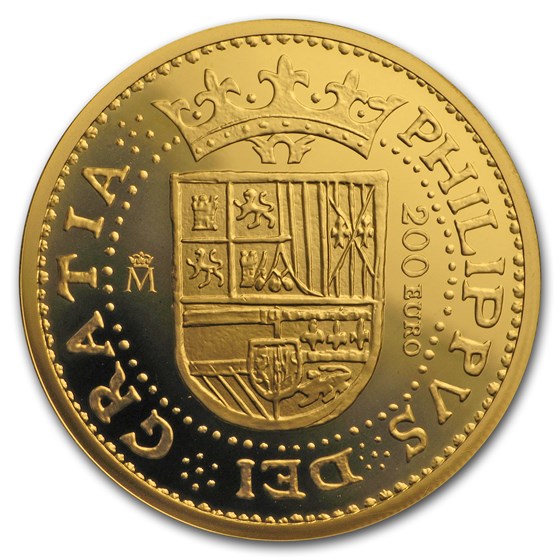 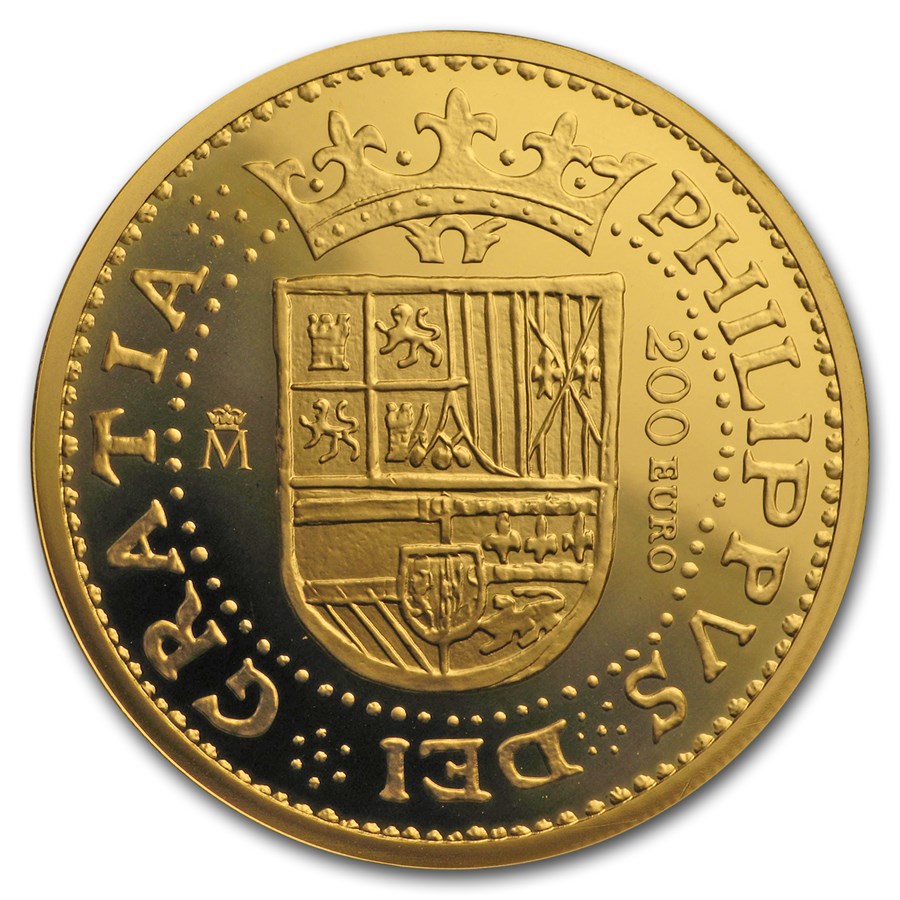 $2,069.69
As Low As
Product Details
Product Details
In 2018 the Spanish Royal Mint is celebrating the 150th Anniversary of the last minting of historical Spanish Escudos. This Gold coin commemorates a 4 Escudos coin struck at the Seville Mint during the reign of Felipe II.
The actual mint year is unknown, as coins did not carry the number of the year systematically until 1588.