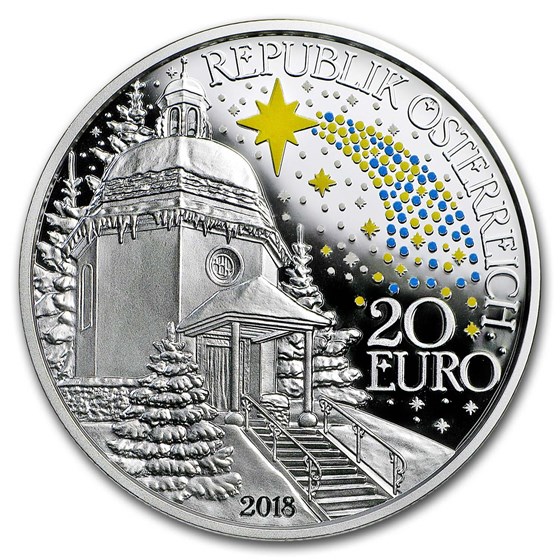 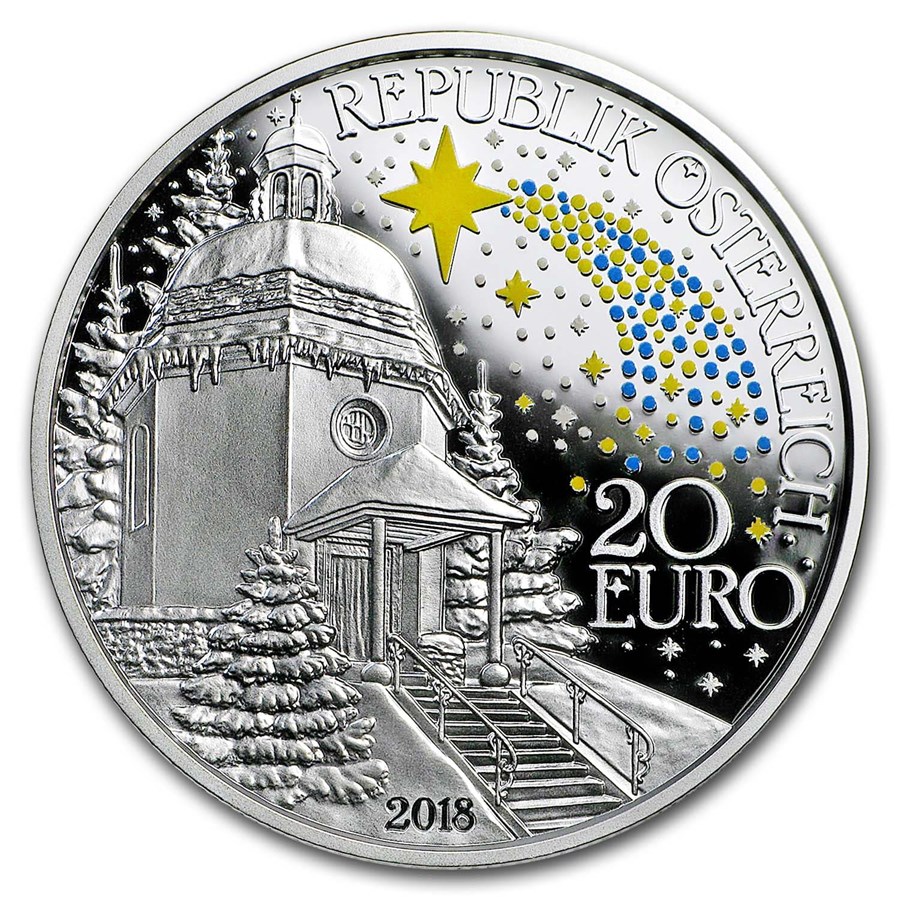 Product Details
Product Details
On Christmas Eve 1818, "Silent Night, Holy Night!" sounded the very first time. Since then, the song has reached and seized billions of people. If one listens to it, one gets in line with oneself and the world.

Coin Highlights:
This coin is a fantastic addition to any historic collection. Add this 2018 Austria Silver €20 Anniversary of Silent Night coin to your cart today!

It is the evening of the 24th of December 1818. In the church of St. Nikola in Oberndorf, the Christmas Mass just ended. Franz Xaver Gruber and Joseph Mohr - he is holding a guitar - stand up in front of the nativity scene. They sound a lullaby, one that the Oberndorfer have never heard before. Mohr, the Salzburg auxiliary pastor, had already written the six-staged poem in 1816 in Mariapfarr; Gruber, the teacher from Upper Austria, set it to music.

Tyrolean singers, especially the siblings Strasser and Ludwig Ranier's "Rainer Family", launched the song in the first half of the 19th century in Europe, America and Russia.

The better known the song became, the less known the creators were: in 1943 the writer Hertha Pauli, born in Vienna and fled after the Anchluss, informed the American's that "Silent Night" was not an American folk song. 200 years after the premiere, everyone knows who they owe this classic song to.

Great Coin as a Christmas Present

Great theme and design as Christmas present. The color complements the design. Its a very memorable song when it sung in first in German and then in English.