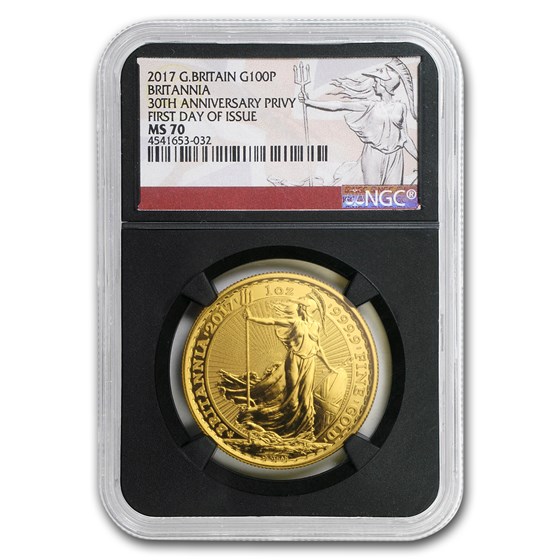 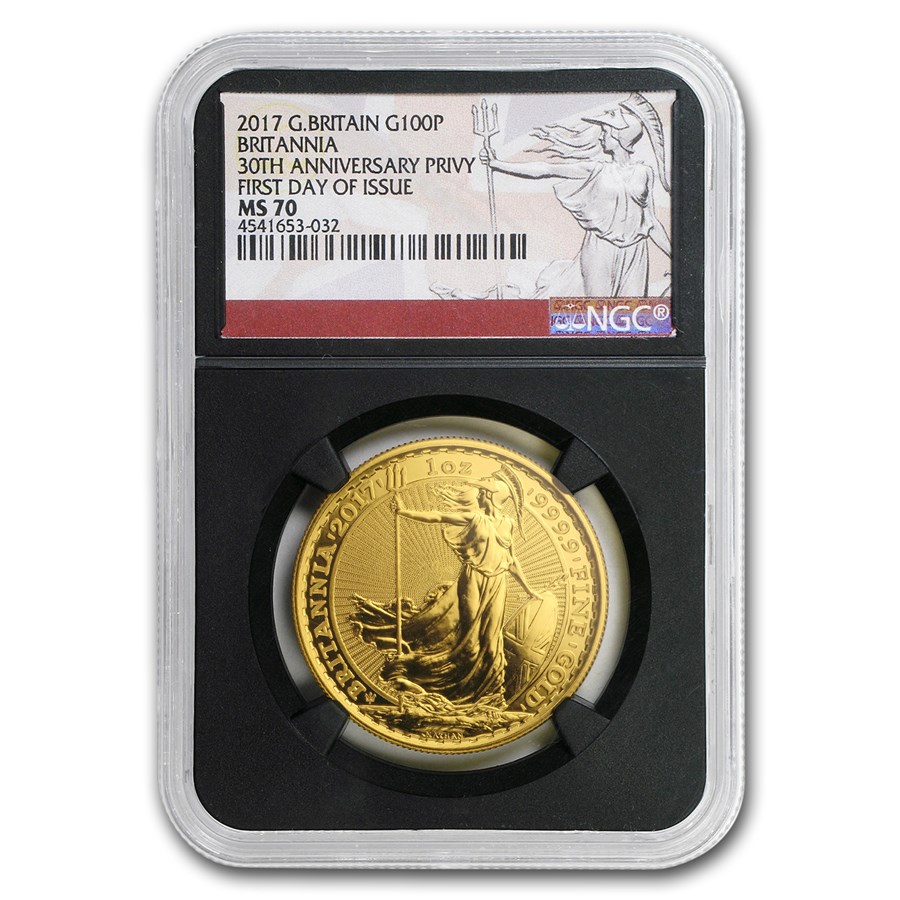 For 2017 Britannia is refreshed as a contemporary bullion investment choice, with a mint mark denoting the respective anniversary and a unique radial sunburst background design. This is the first time this new feature has been struck on a UK bullion coins, providing additional security for investors.

Coin Highlights:
Display your Gold Britannia in style by adding an attractive presentation box to your order.

This 2017 Gold Britannia coin would be a great addition to any collection. Add this 2017 Great Britain 1 oz Gold Britannia 30th Anniversary MS-70 NGC First Day of Issue coin to your cart today!