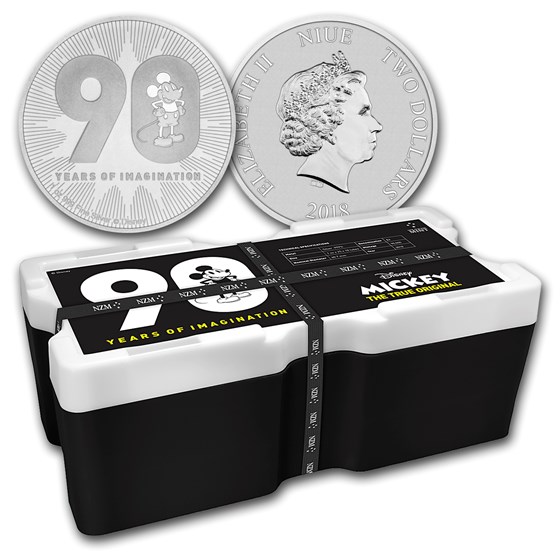 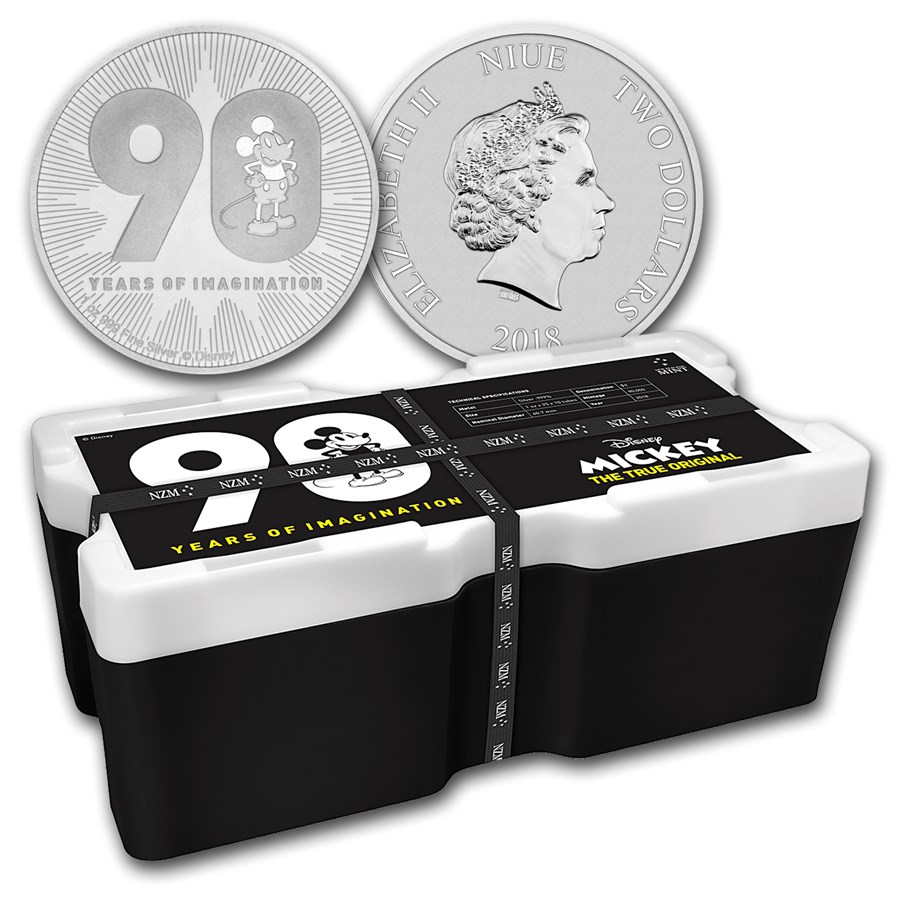 Coin Highlights:
Mickey Mouse is one of the most beloved cartoon characters of all time. Add this 250-Coin Silver Mickey Mouse Monster Box to your cart today!