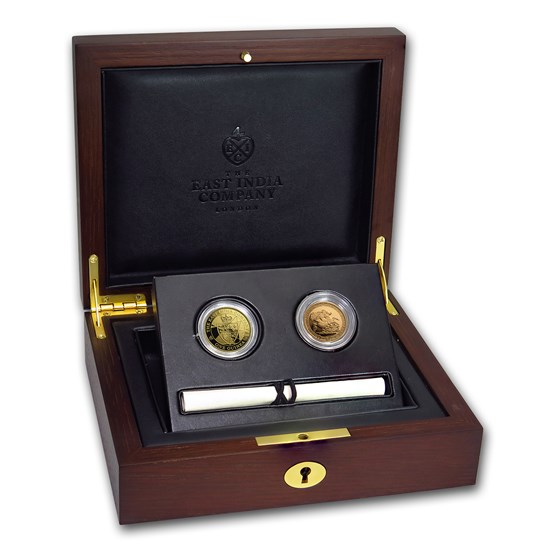 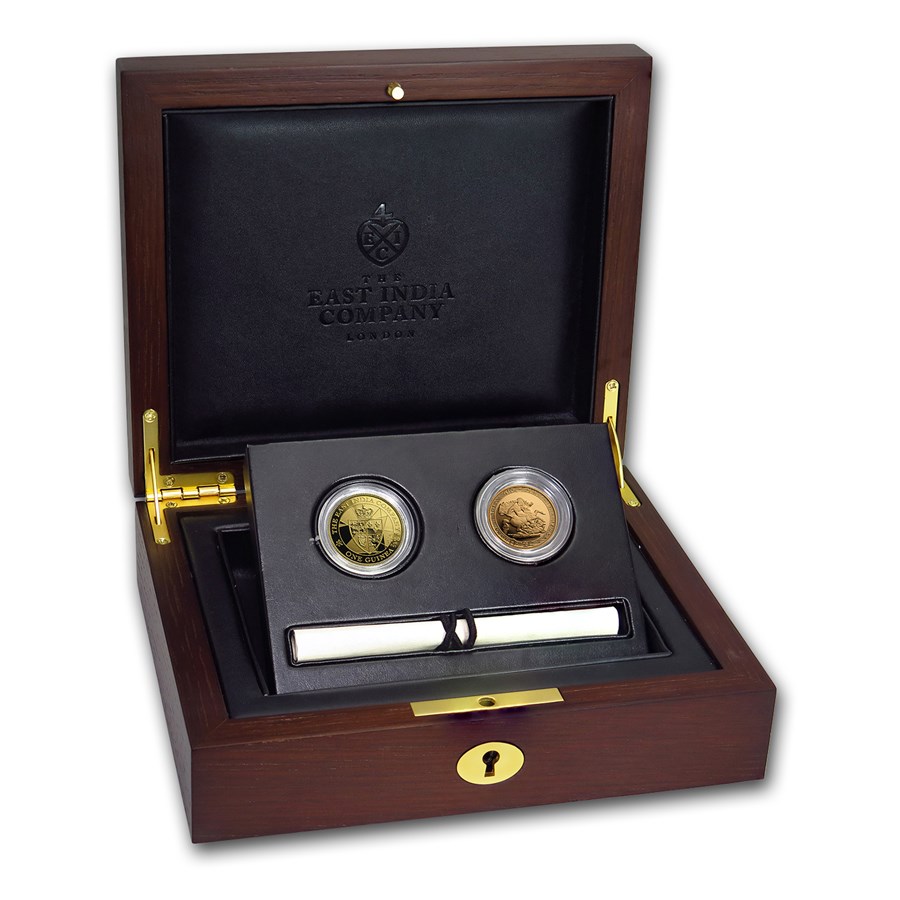 $2,076.49
As Low As
Product Details
Product Details
Celebrate The Great Recoinage of 1816 that brought an end to the Gold Guinea and the rebirth of the Sovereign. This special set is limited to only 100 worldwide, and includes the 2017 Gold Sovereign Proof that is sold out at the Mint!

The East India Company is created a limited edition set of just 100, that celebrates the two iconic coins of British coinage - the Gold Sovereign and the Gold Guinea.

Set Highlights:
The Sovereign continues to be recognized as a Gold coin of beauty, quality and value, and is considered by many as the flagship coin of The Royal Mint. Add this 2-Coin special set including the 2017 Gold British Sovereign and the 2016 Guinea coin to your cart today!