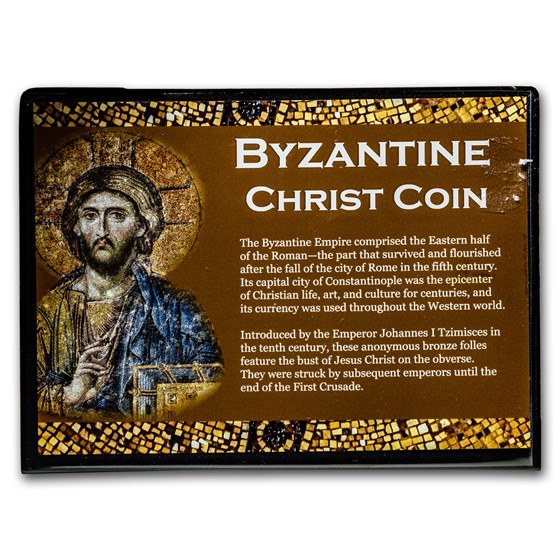 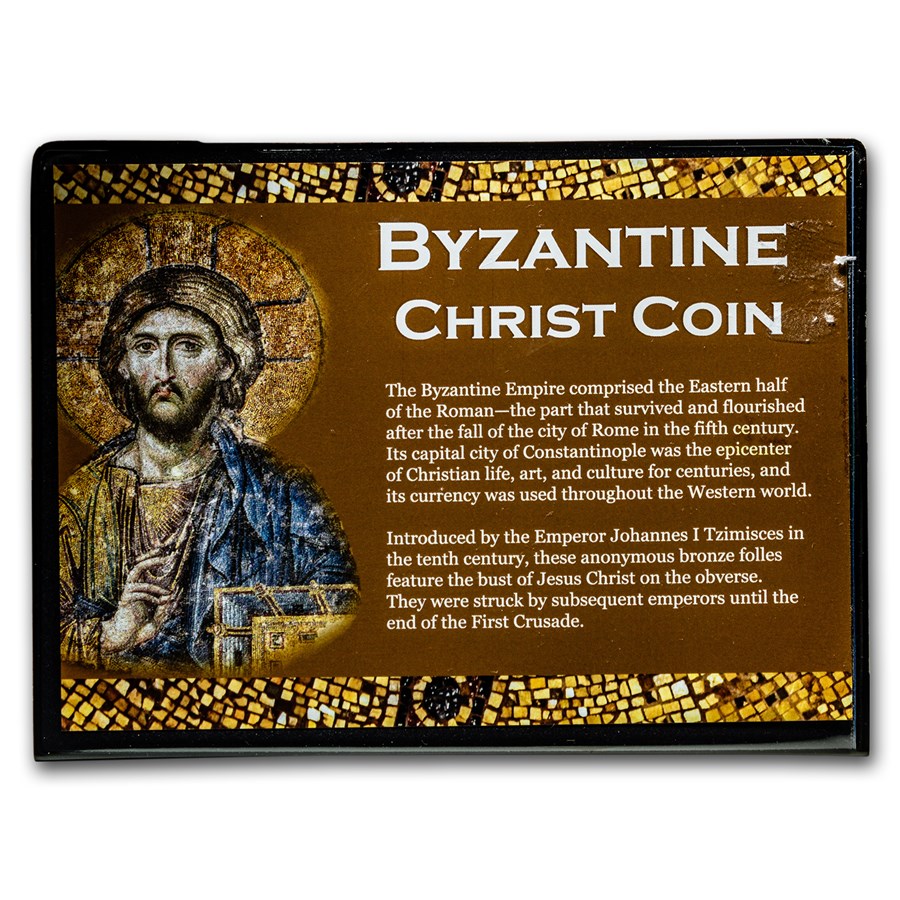 Product Details
Product Details
The Byzantine Empire comprised the eastern half of the Roman Empire and flourished after the fall of the city of Rome in the fifth century. Its capital Constantinople was the epicenter of Christian life, art and culture for centuries.

These ancient coins are collectible and educational. Add this Byzantine Jesus collection to your cart today!

Introduced by the Emperor Johannes I Tzimisces in the tenth century, these anonymous bronze folles feature the bust of Jesus Christ on the obverse. They were struck by subsequent emperors until the end of the First Crusade.