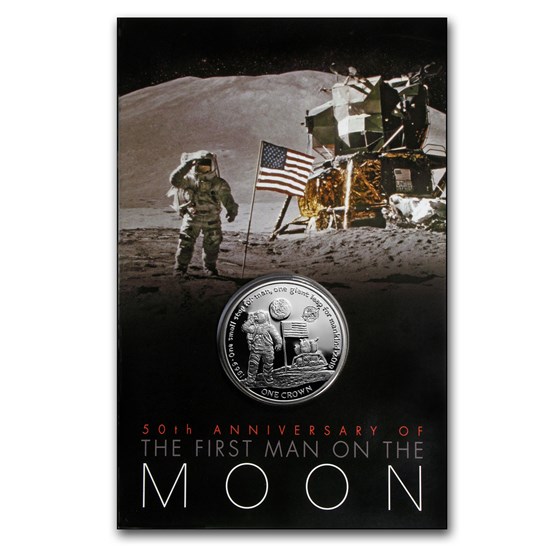 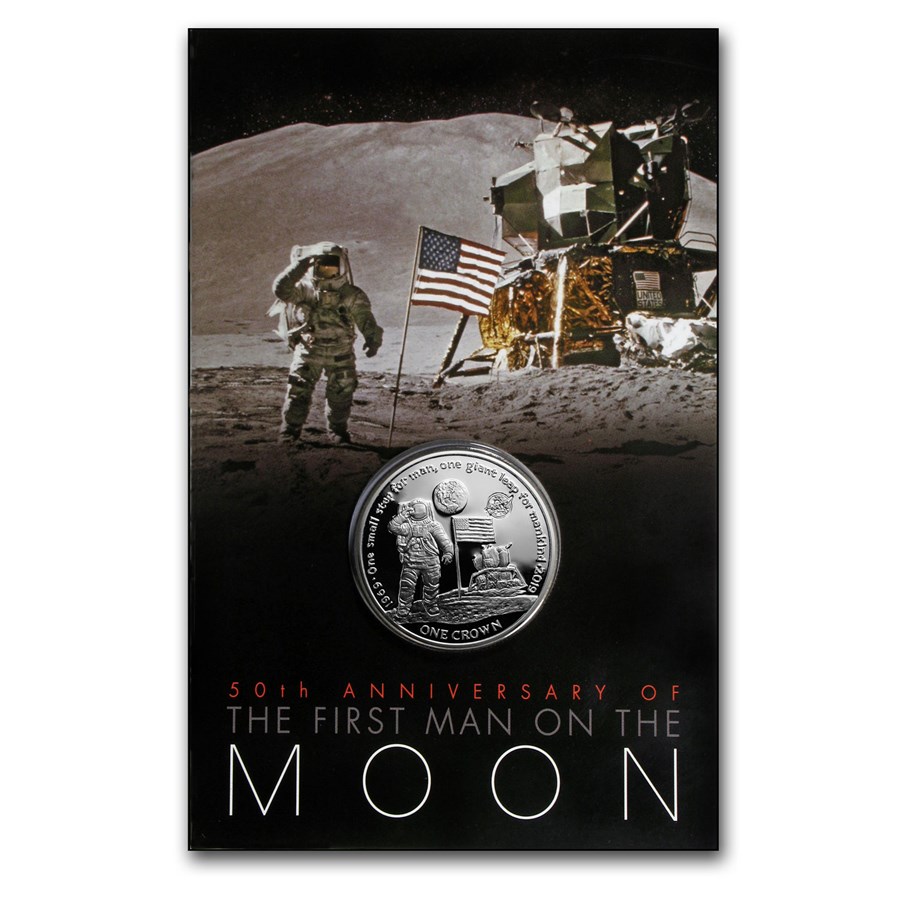 $35.78
As Low As
Product Details
Product Details
Pobjoy Mint is delighted to announce the release of a stunning new coin commemorating the 50th Anniversary of the First Man on the Moon. The official NASA logo is included, which required special permission by NASA.

Coin Highlights:
This coin is a fantastic addition to any numismatic collection. Add this 2019 Ascension Island Cupro-Nickel Crown coin to your cart today!

Apollo 11 launched from the Kennedy Space Center in Florida on 16th July 1969 and landed on the moon four days later on 20th July. Having touched down on the moon’s Sea of Tranquility, the Space Center in Houston was notified with the historic words “The Eagle has landed.” Six hours after landing, Neil Armstrong took his first steps on the lunar surface making the infamous statement “One small step for man, one giant leap for mankind.” The planting of the U.S. Flag on the surface of the moon marked the US victory of the “Space Race” between the United States and the Soviet Union which had begun in 1955.

With its direct link to the Apollo 11 Mission, it is particularly apt that this coin is being released on behalf of the Government of Ascension Island. Devil’s Ashpit on the eastern side of Ascension Island made a perfect site to build a NASA tracking station. With volcanic peaks surrounding the site it provided a natural shield against radar and other interference from elsewhere on the island. Originally constructed in 1965 to support the earlier Surveyor missions, it also supported the later deep space and Apollo manned missions and tracked Apollo 11 on its flight from the Earth to the Moon.