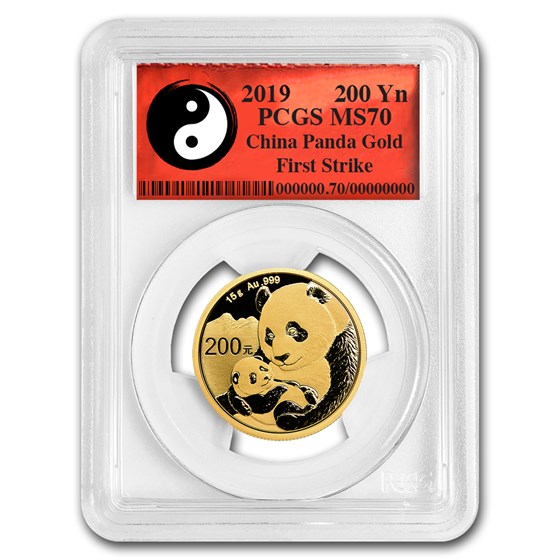 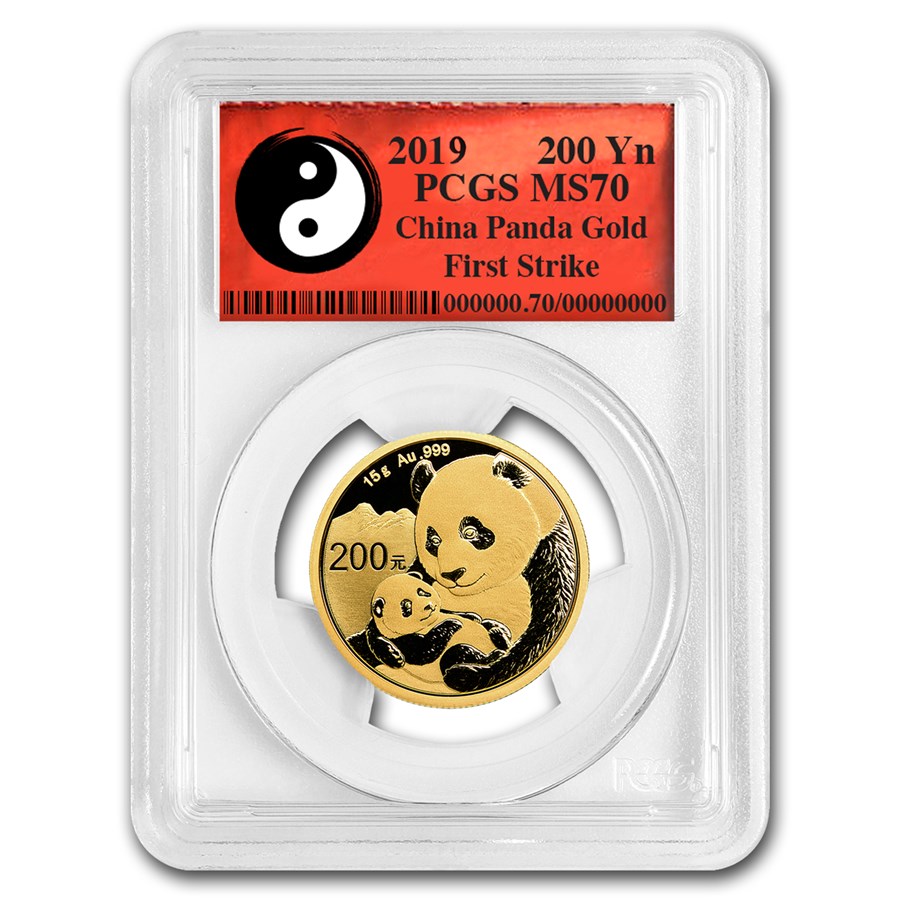 Your purchase is guaranteed to match the quality of the product shown. It will not be this exact item.
Product Details
Product Details
APMEXclusive® label made specifically for this coin series. The design of the label pays homage to China with a modern and up-to-date yin-yang symbol, symbolic to the country along with a red foil label, which symbolizes good luck or good fortunes.

Enhance your Chinese Gold Panda collection with this highly sought after coin. Add the 2019 15 Gram Gold Chinese Panda coin to your cart today!