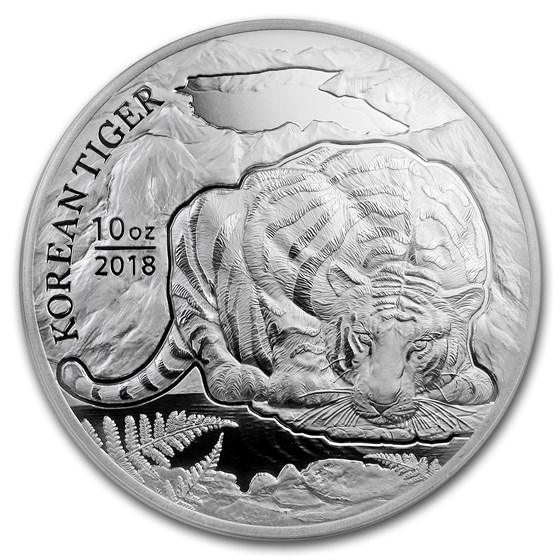 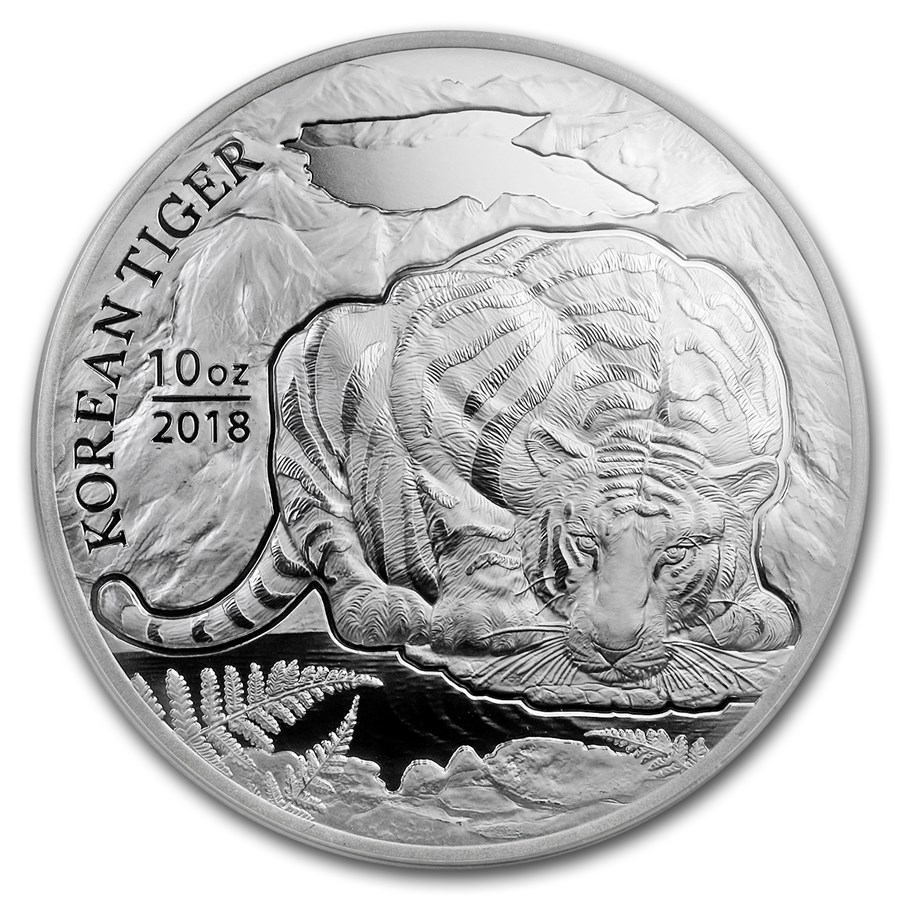 Your purchase will match the quality of the product shown.
Product Details
Product Details
Famous for their Chiwoo Cheonwang Silver Bullion series, KOMSCO, the official mint of South Korea, is launching their first Brilliant Uncirculated Korean Silver Tiger in a 10 oz size.


Protect your Korean Tiger medals from fingerprints by adding these cotton gloves to your order.

Don't miss the chance of owning the inaugural 10 oz Silver release of Korea's Tiger bullion series. Add one of these Korean Silver Tiger medals to your cart today!

The tiger has been known as the animal that represents South Korea. There was no better fit than the tiger as the design for the bullion series produced by the official mint of the country. With the increasing demand for low mintage premium Silver bullion, KOMSCO made the decision to extend its range of Tiger bullion medals by the 1 oz & 10 oz Silver in 2018.

The Korean mint puts out great products, but this one is amazing. By far the best coin I have purchased!

I have been collecting and stacking silver for 10 years. This is now my favorite piece. Just amazing detail and a beautiful design!

After the release of the 1oz silver tiger I was very excited for the 10oz version. It has a very low mintage and will most likely only go up in price especially as a first release. Very beautiful round!

Amazing, KOMSKO knocked it out with this one. And, it's rare too with the tiny 2,000 mintage. Grab it up and watch it appreciate!