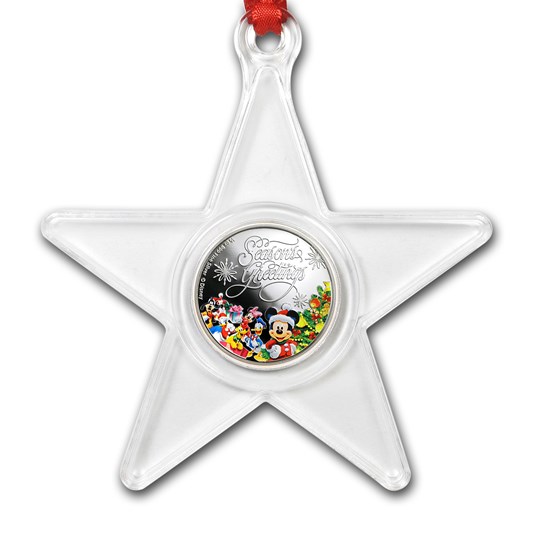 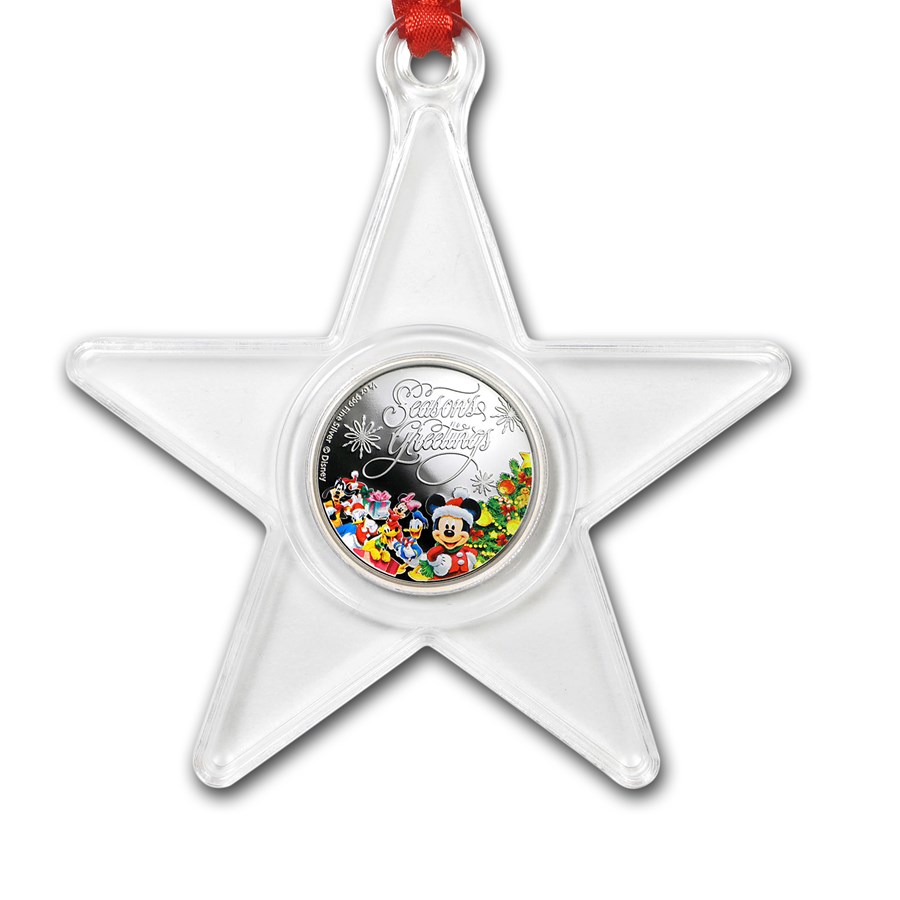 Product Details
Product Details
This is the first Season's Greetings coin release from New Zealand Mint. It features all the favorite Disney characters with presents in full color. Disney lover or not, this is the perfect gift idea!

Coin Highlights:
With a limited mintage, this coin is a must have for any Disney enthusiast. Add the first in the series, the 2014 1/2 oz Silver Disney Season's Greetings coin to your cart today!