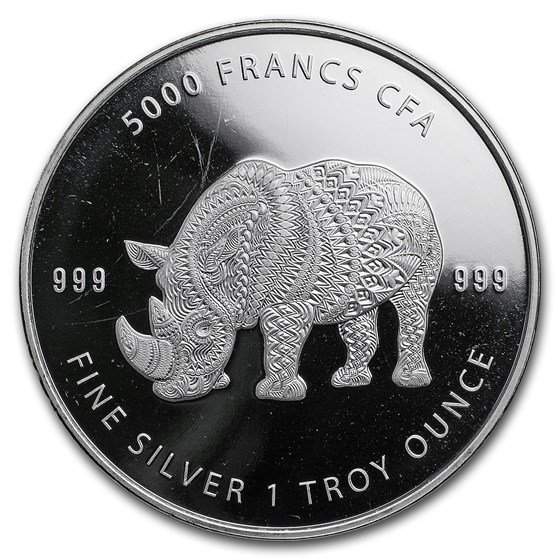 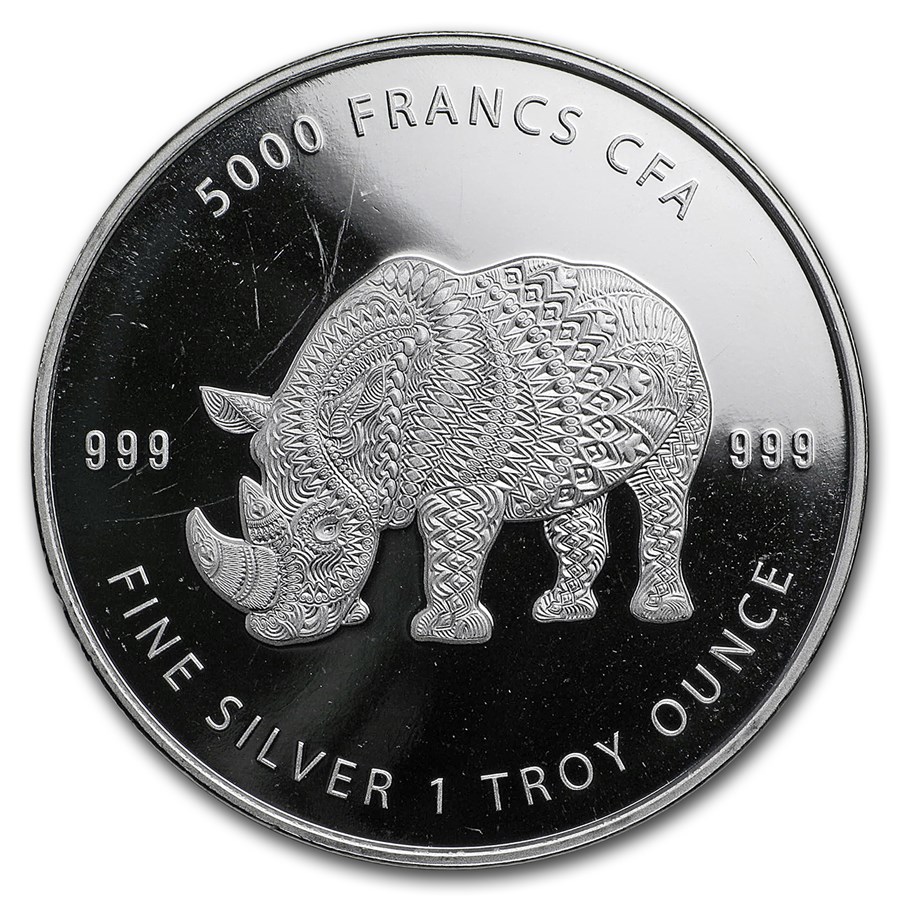 Your purchase is guaranteed to match the quality of the product shown. It will not be this exact item.
Product Details
Product Details
This second release of the Chad Mandala Wildlife series features a detailed image of the powerful Rhino in .999 fine Silver. The 1 troy oz coin has a limited mintage of 10,000 coins worldwide. This coin may have abrasions such as scratches or spots.

Coin Highlights:
Continue your collection of this exquisite Republic of Chad Mandala Wildlife series with the second Silver coin in the series, featuring the powerful and majestic rhino. Get this coin at a discounted price due to having some abrasions. Add this 2018 Republic of Chad 1 oz Silver Mandala Rhino (Abrasions) to your cart today!

The Mandala Wildlife Series features 1 oz Gold and 1 oz Silver coins with unique designs of different animals, each with a beautiful mandala print. These coins have limited mintages, along with a changing design per release, adding to their collectibility. The Mandala Rhino is the second release of the series, in both a 1 oz Silver and 1 oz Gold finish. Featured on the reverse of each coin in the Mandala Series is the coat of arms of the Republic of Chad.

Purchased as gift, this abraded coin was is really good overall condition with nearly unnoticeable damage.

I was ready to pass on the Mandala sieris. I got the first coin Mandala Lion, nice coin, reasonable price. Second coin Mandala Rino, very, very nice coin, with a price jump. Then the “Abrasion” coin was offered at a Net 41% discount. So I got one. The coin Proof like, very nice design, very minor Scratches. I have coins from other outlets in much worse condition, & payed full price. Bottom line, I would recommend this coin. Thanks APMEX! Love your coins, love your business