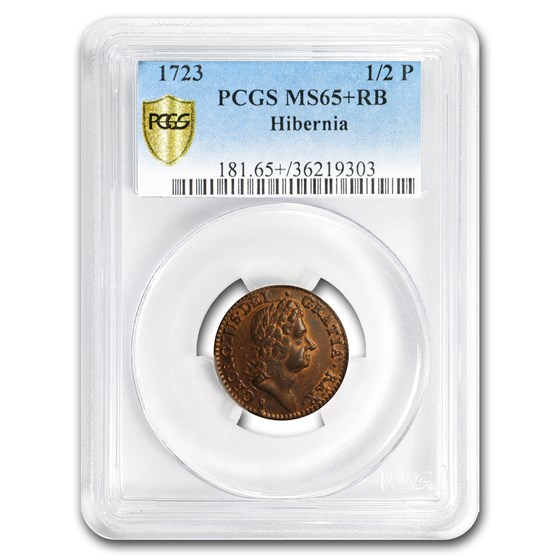 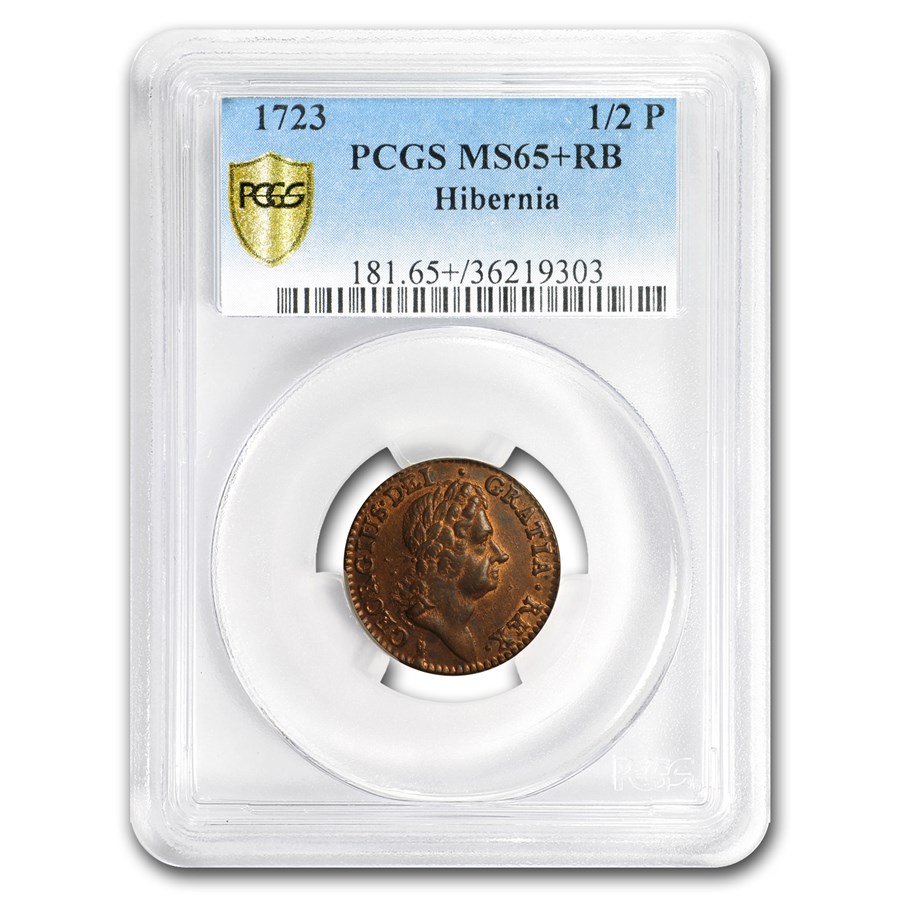 The product pictured is the exact product you will receive.
Product Details
Product Details
The Wood's Hibernia issue of coins was originally minted for circulation in Ireland. The populace rejected the issue however and many of the coins produced under royal contract found their way to the American colonies. Choice condition for the type.

This coin will make a great addition to any collection. Add this 1723 Hibernia Halfpenny to your cart today!