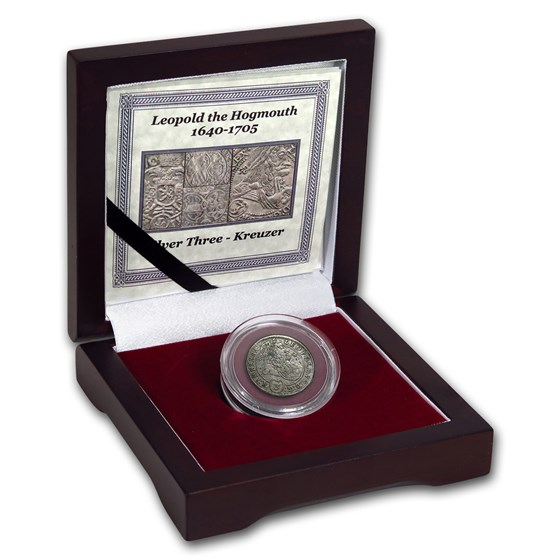 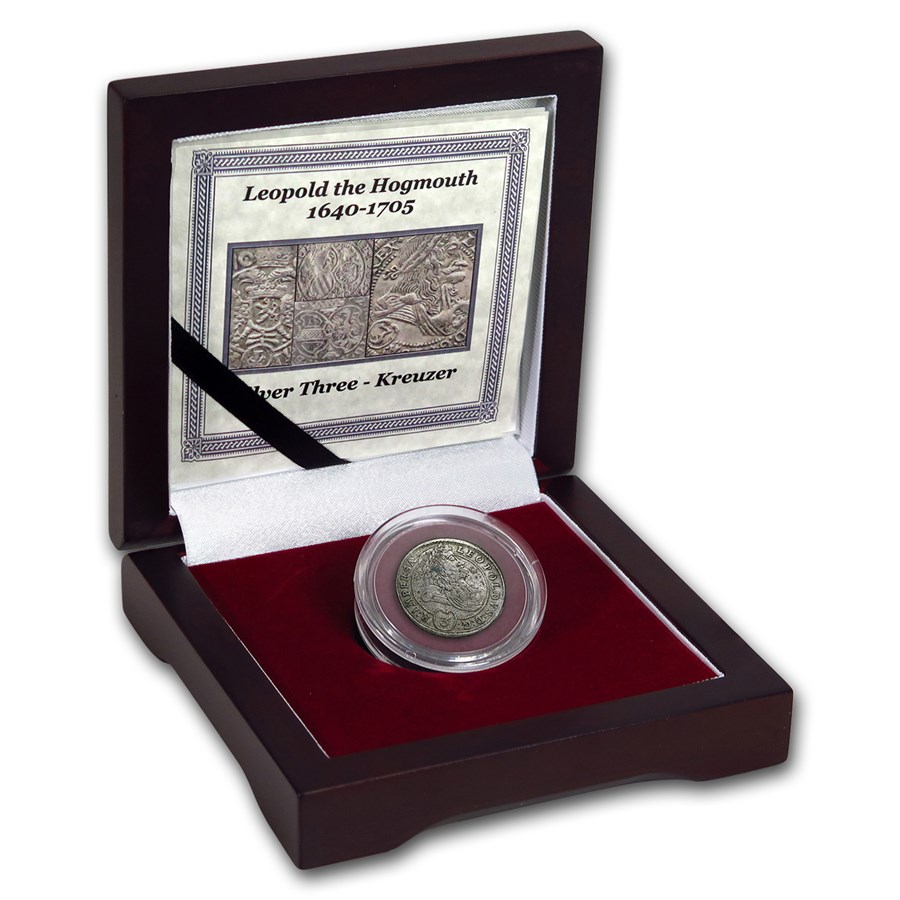 Product Details
Product Details
The Royal House of Hapsburg would be concerned with blood purity during its life, the effect of which would cause the family to marry first cousins. King Leopold I was born with severe genetic problems including a condition known as Hapsburg Jaw.

While born deformed, Leopold I was an effective ruler and was remembered as a great patron of the arts. These coins offer some insight into the bygone culture traditions of the European monarchies and this historical coin set would make a great addition to any collection!