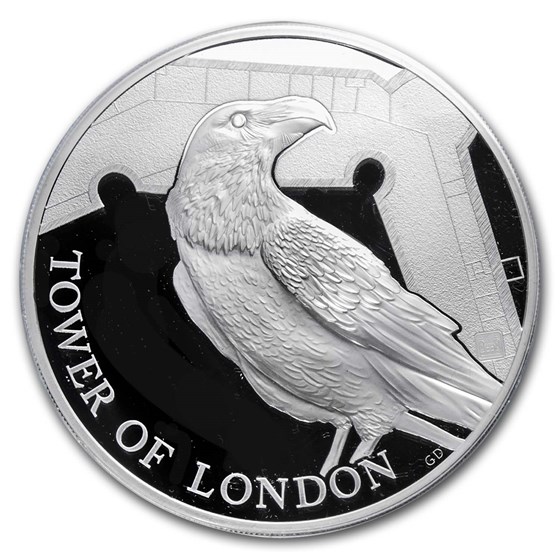 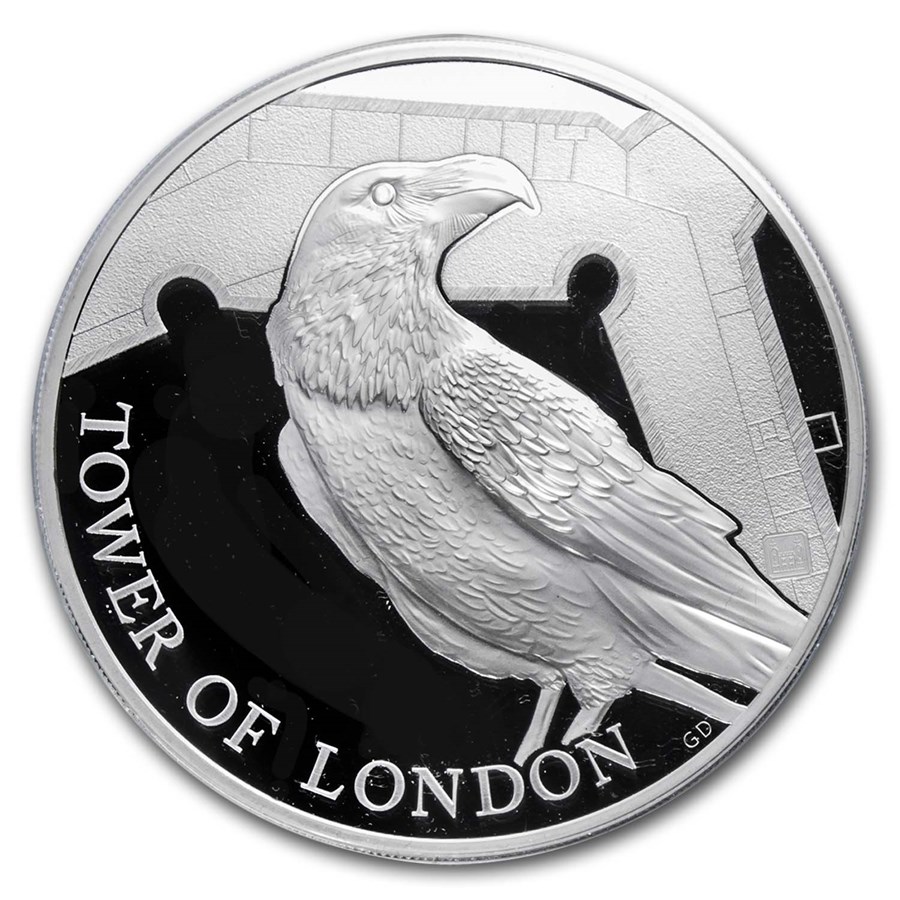 $31.74
As Low As
Product Details
Product Details
The first release of the exciting 4-Coin Tower of London series from the Royal Mint celebrates the raven. There is a limited edition presentation of just 425 coins in this 5 ounce size.

Coin Highlights:
The first coin in the 4-Coin Tower of London series from the Royal Mint features the Raven in a 5 ounce Silver edition. It is also the lowest mintage Silver coin in the range. Add the 5 oz Legend of the Ravens coin to your cart today!

Tower of London
The Tower of London, a world heritage site, sees a plethora of tourists from all over, and boasts a long history beginning in 1066. Legend has it that if the ravens were to ever leave the Tower, the kingdom would fall. There are usually at least six ravens that live in the tower. They are tended to by an official Ravenmaster.