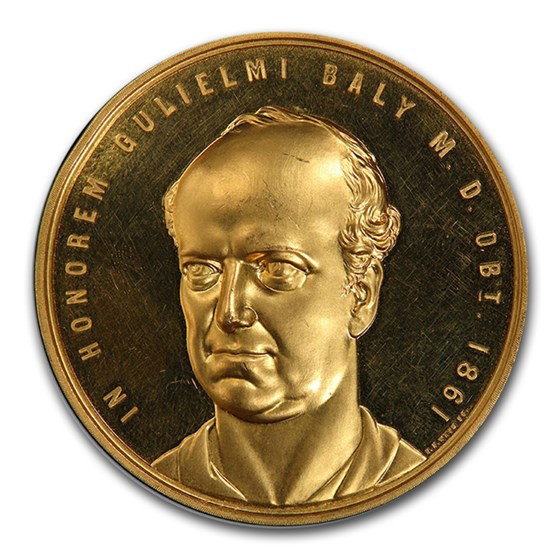 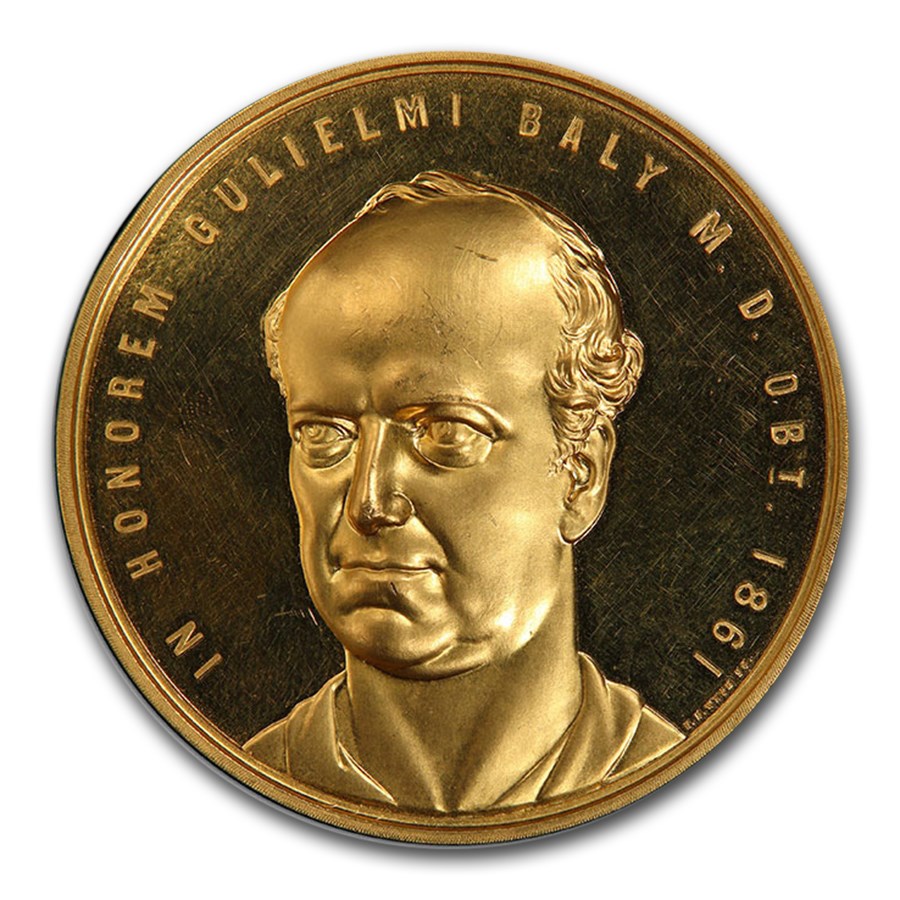 The product pictured is the exact product you will receive.
Product Details
Product Details
An 1861 Great Britain Medal, presented by the Royal College of Physicians in London, awarded to Emil Fischer in 1909. Over 3.6 oz of Gold; graded MS-63 DPL by NGC.

Struck to commemorate William Baly for contributions to the science of physiology. . Awarded to Emil Fischer in 1909; Hermann Emil Louis Fischer FRS FRSE FCS (9 October 1852 – 15 July 1919) was a German chemist and 1902 recipient of the Nobel Prize in Chemistry. He discovered the Fischer esterification. He also developed the Fischer projection, a symbolic way of drawing asymmetric carbon atoms. He never used his first given name, and was known throughout his life simply as Emil Fischer. Superb deeply mirrored surfaces, evidence of die repair at 10 o'clock on obverse and 2 o'clock on reverse (evidently the die had deteriorated before this piece was struck in 1909).

Founded by a gift from Frederick Daniel Dyster (1809–93) received in 1866, confirmed by deed 1930 – in memory of William Baly: £400 to provide a Gold medal for the person deemed to have most distinguished himself in the science of physiology, especially during the previous two years. The award is made every alternate year on the recommendation of the President and Council at the Quarterly Meeting in July and presented on the occasion of the Harveian Oration.