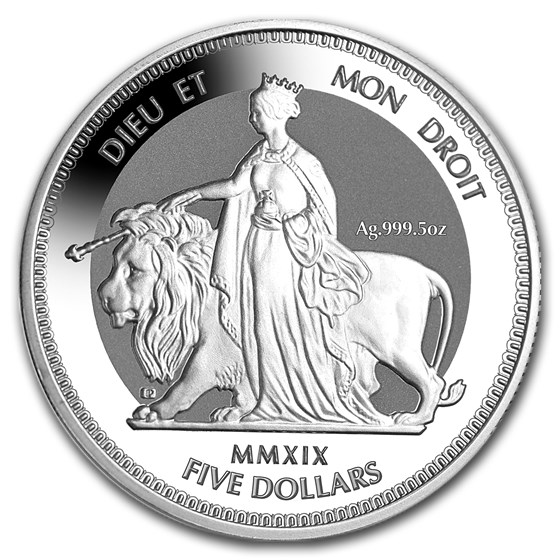 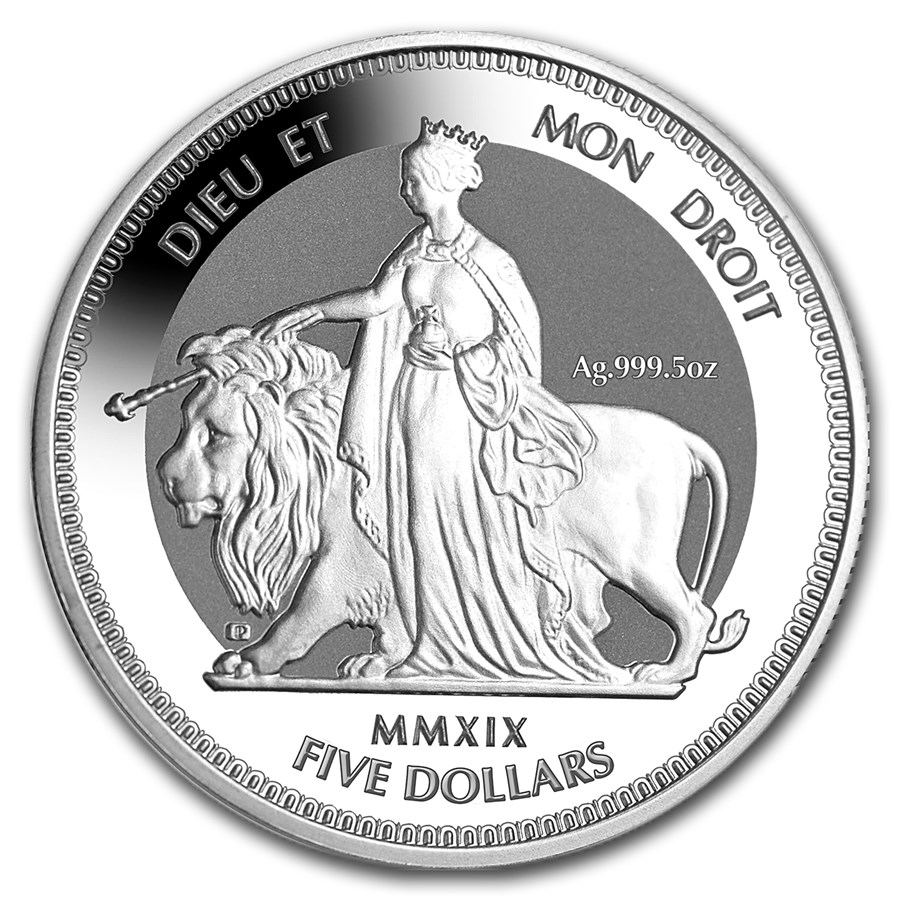 Product Details
Product Details
A legend returns! This historic coin is a recreation of the beautiful and famous Una & the Lion design of 1839 which was created by the celebrated 19th century numismatic sculptor William Wyon.

This Frosted Silver bullion coin was issued from the Pobjoy Mint bringing back the very popular Una & The Lion coin that comes with an low mintage of 1,000 coins, which makes for a great collectors piece.

This coin would be a great addition to any coin collection. Own the first year of issue of this exciting bullion series minted for the British Virgin Islands by adding this stunning 5 oz Silver Una & The Lion Frosted BU coin to your cart today!

Una & The Lion was first created in inspiration from Edmund Spenser’s poem Faerie Queene which tells the tale of Una & the Lion which follows Princess Una after St. George had slain the dragon and rescued her. During the course of their travels Una met a lion who was so mesmerized by her beauty he became her companion and protector.

It is particularly apt that this coin is being issued on behalf of the Government of the British Virgin Islands as, during the reign of Queen Victoria, the harvesting of salt was an annual tradition on Salt Island. The residents would gather once a year to harvest the salt from the lake and it became customary for the Administrator of the Virgin Islands and later the Government of the Virgin Islands to send one pound of salt to the Monarch on their birthday. This tradition disappeared but in 2015 this tradition was renewed and for the first time in many years a pound of salt from Salt Islands was presented to the Sovereign.

I think this is a beautiful COIN

Nice coin especially with the lower mintage. However, the design just seems a little flat and it's a little bit underwhelming when looking at it in person, especially for a 5oz coin.