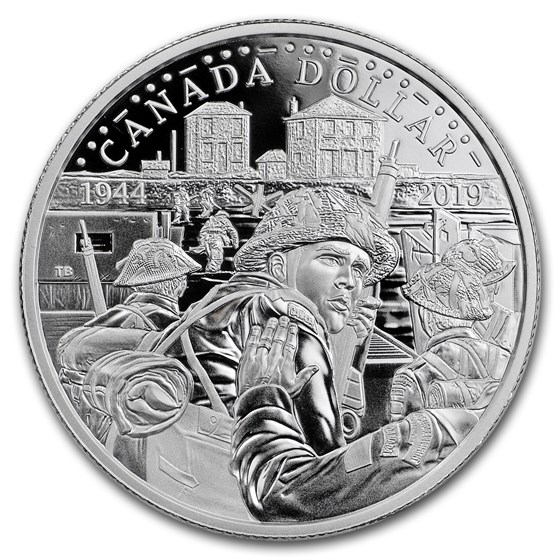 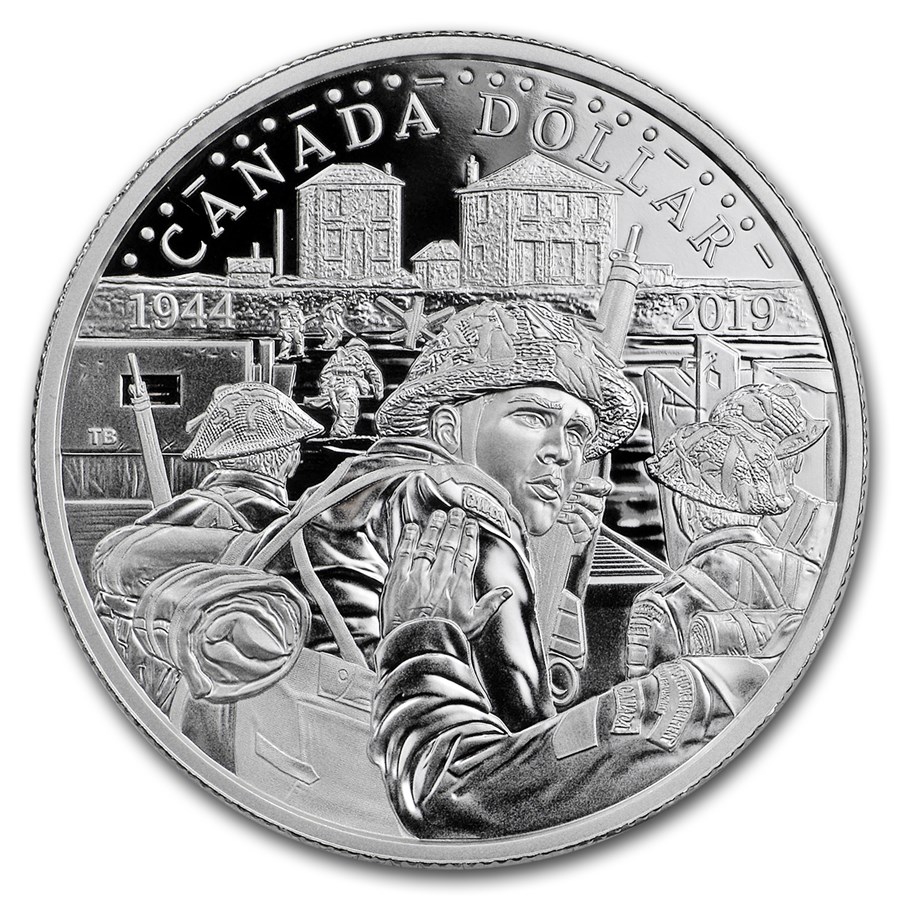 Your purchase will match the quality of the product shown.
Product Details
Product Details
A flagship coin and bestseller since 1937, the annual proof dollar is one of the most sought-after coins issued by the Royal Canadian Mint. The 2019 edition commemorates the 75th anniversary of D-Day (June 6, 1944).

On June 6, 1944, about 14,000 Canadians stormed the beaches of Normandy as the Allies launched Operation Overlord. D-Day was the largest amphibious landing in history and the stakes were high: to gain a foothold in Fortress Europe, Allied troops had to break through a coastline fortified with mined obstacles, concrete pillboxes, machine-gun nests and heavy artillery batteries.

Add this 2019 Silver 75th Anniversary of D-Day coin to your cart today!

Designed by Tony Bianco, your coin steps back in time to the morning of June 6, 1944, as the first wave of Canadian troops storms Juno Beach. The scene shares the same inspiration as the Juno Beach Centre Association’s D-Day anniversary logo; it re-creates a moment caught on film when the North Shore (New Brunswick) Regiment landed on Nan Red Beach (La Rive Plage). In the foreground, an infantry soldier has a strained expression on his face after surveying what lies ahead—this is his first real combat experience. A reassuring pat is a touching moment of humanity and a gesture of solidarity amid enemy fire and fear, while the wedding ring is a reminder of loved ones back home. In the sky above, a sequence of dots and dashes represent the letter V (for “Victory”) in Morse code; they allude to the radio broadcasts that announced the Allied landings that day.