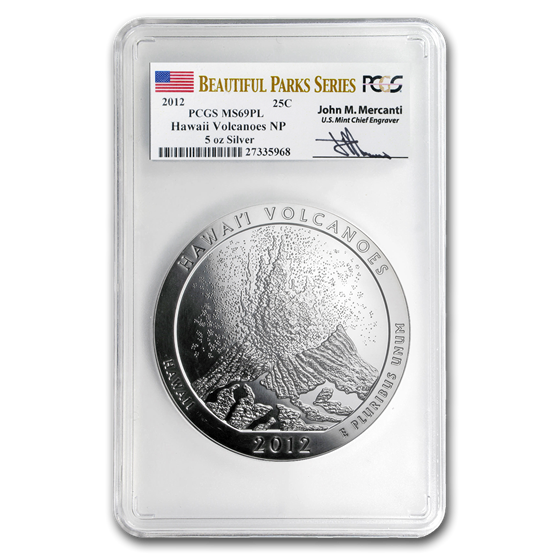 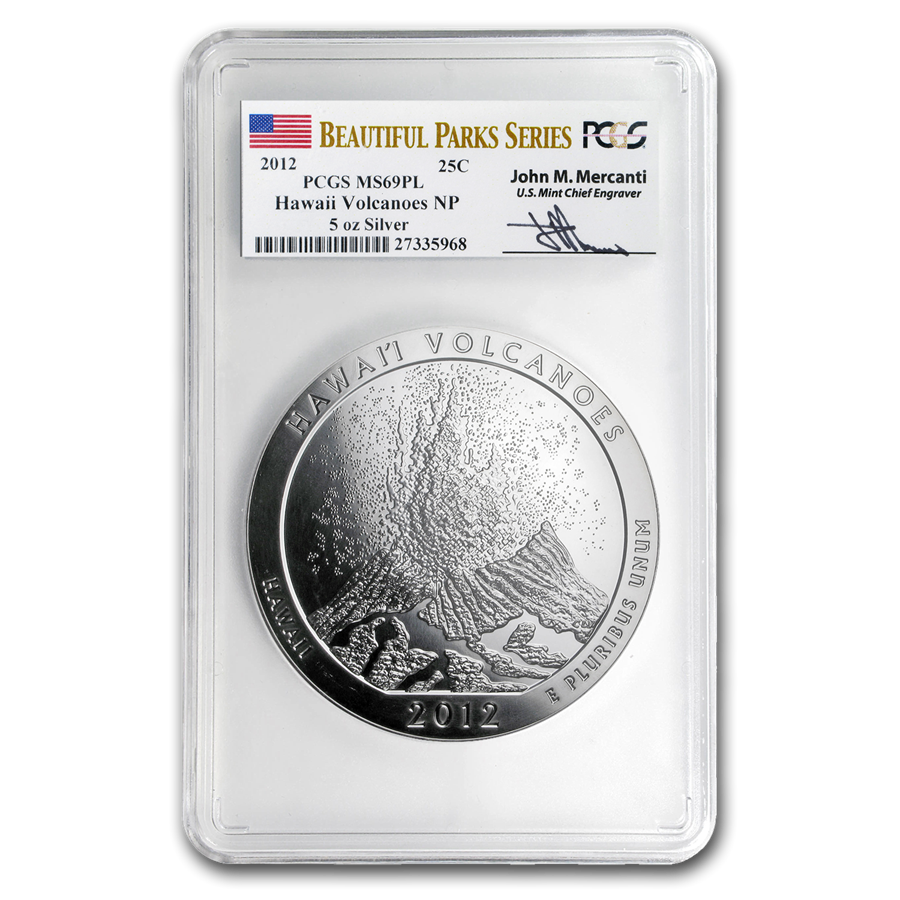 Product Details
Product Details
Hawaii Volcanoes National Park is the fourth America the Beautiful 5 oz Silver bullion coin to be released by the U.S. Mint in 2012 and is the 14th overall in the series. This issue is personally signed by John Mercanti, Chief Engraver for the U.S. Mint.

Coin Highlights:
Protect and display your graded ATB coin in style by adding an attractive display or gift box to your order.

These coins are sought after by investors for their .999 fine Silver content, and demanded by collectors for their artistic value. Add this attractive 5 oz Silver ATB coin to your collection today!

Established as Hawaii National Park in 1916, the park was created to preserve the natural setting of the Kilauea and Mauna Loa volcanoes. These two volcanoes display the effects of more than 70 million years of volcanism, migration and evolution, making the park one of the most interesting biological landscapes on earth.