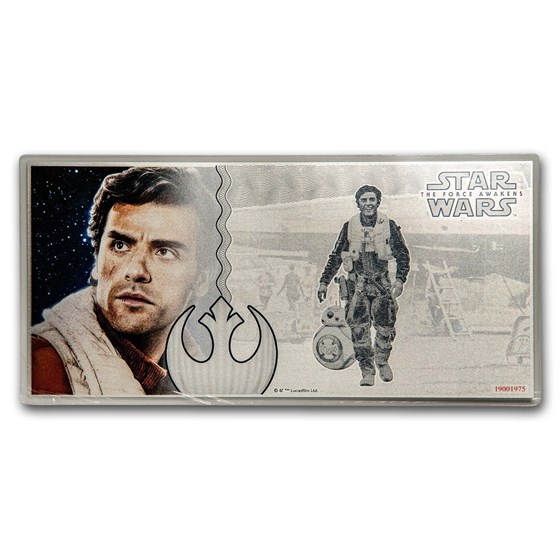 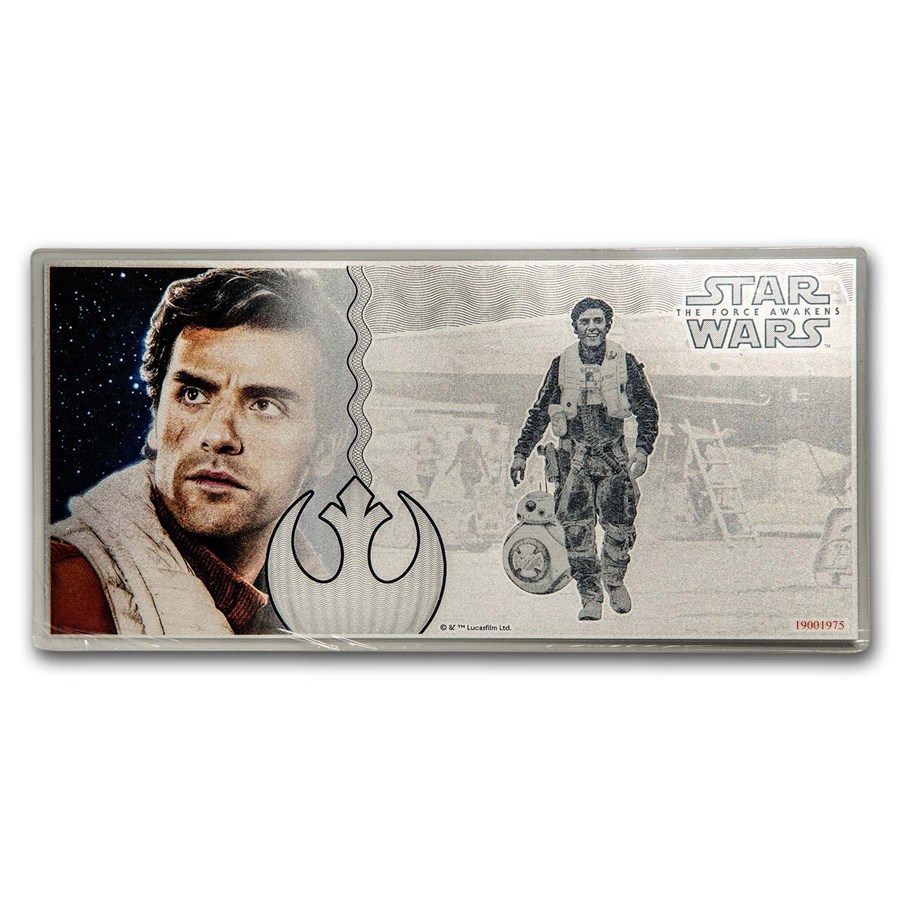 Your purchase is guaranteed to match the quality of the product shown. It will not be this exact item.
Product Details
Product Details
A collection from New Zealand Mint celebrates characters from STAR WARS: The Force Awakens film. This fifth release features Poe Dameron from the film, "The Force Awakens". The engraved and colorized Silver note is great for any Star Wars fan!

Note Highlights:
The fifth Silver foil note in the Star Wars: The Force Awakens series is a must-have for any Star Wars fan! Add this 5 gram STAR WARS: The Force Awakens Poe Dameron Silver Foil Note with Collector's Album to your cart today! And may the Force be with you!