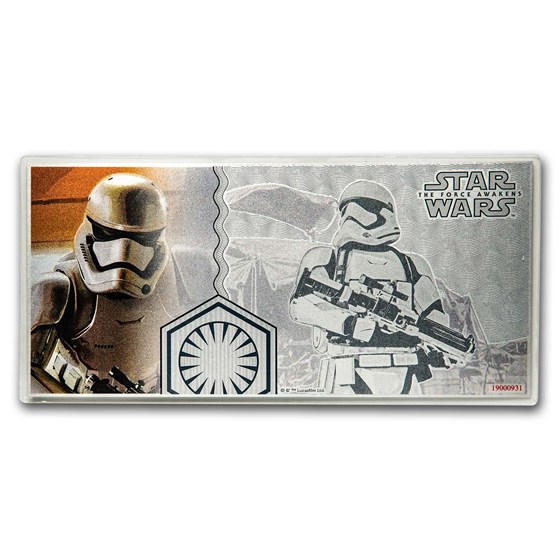 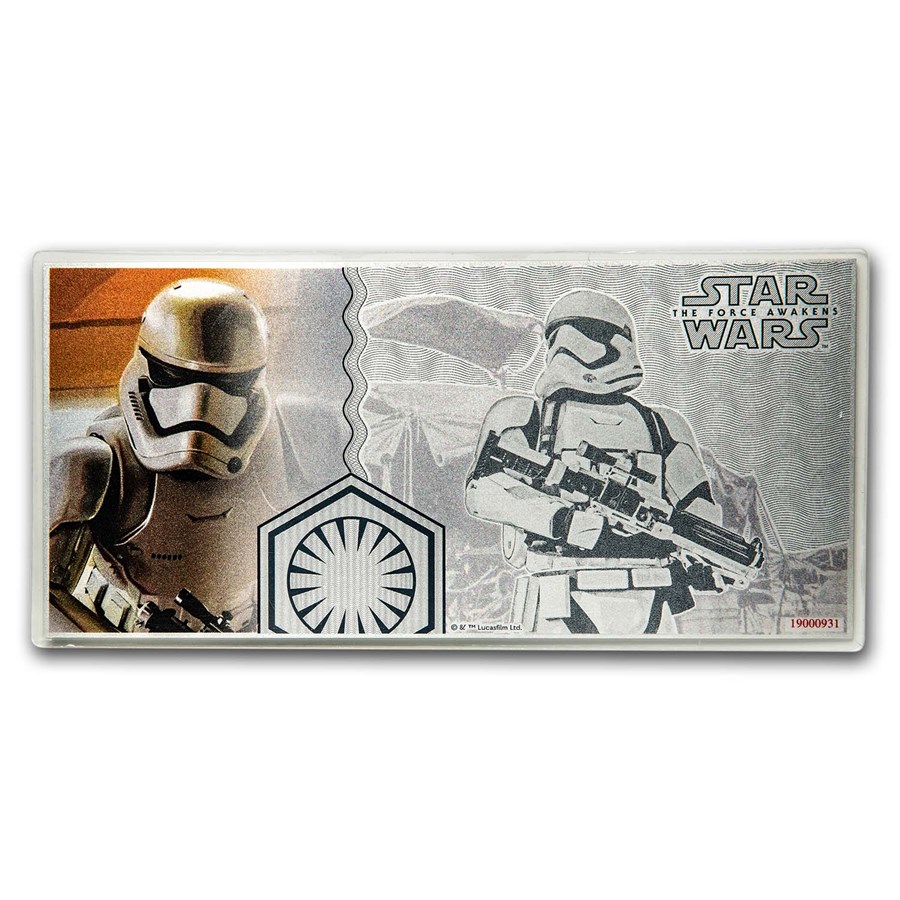 Note Highlights:
The seventh and final Silver foil note in the Star Wars: The Force Awakens series is a must-have for any Star Wars fan! Add this 5 gram STAR WARS: The Force Awakens Stormtrooper Silver Foil Note with Collector's Album to your cart today! And may the Force be with you!