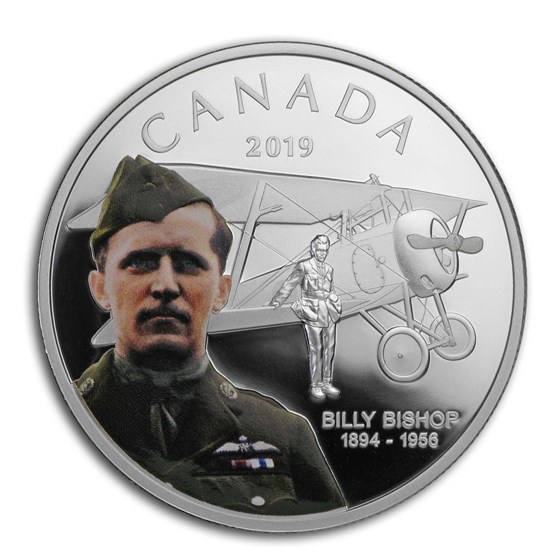 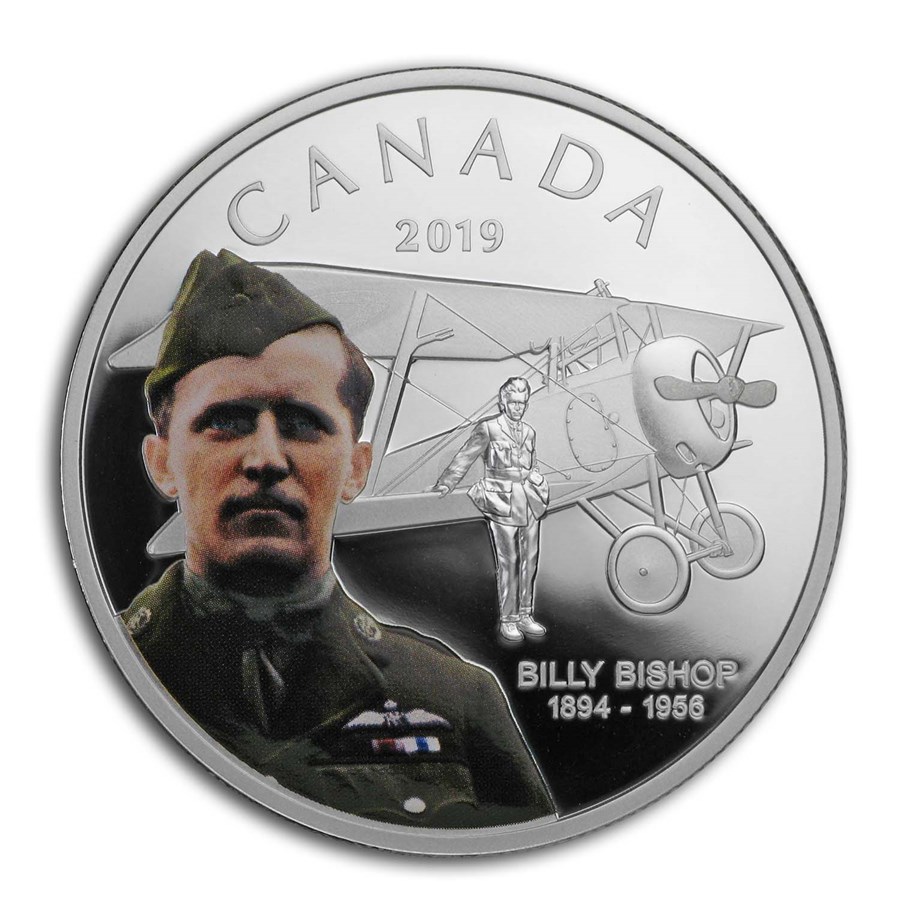 Your purchase will match the quality of the product shown.
Product Details
Product Details
This is the first coin honoring Billy Bishop, Canada’s famous flying ace of the First World War. The coin also features the plane that Billy Bishop flew on his historic solo raid of June 2, 1917 that he affectionately called Little Daisy.


This stunning tribute to a pilot and his plane embodies all the excitement at the dawn of the aviation age, its revolutionizing impact on military warfare, and the daring young men who made it possible. It is an ideal addition to any history-themed collection. Add this 2019 Anniversary of Billy Bishop coin to your cart today!

Fighter planes were all-new during the First World War. In March 1917, a young pilot who would become Canada’s top flying ace took to the air. Billy Bishop, born on February 8, 1894 in Owen Sound (Ontario), was 23 years old when he downed his first German plane on his first mission. By the end of the War, he had 72 victories to his credit, ranking third only behind the 80 claimed by Manfred von Richthofen, Germany’s legendary Red Baron