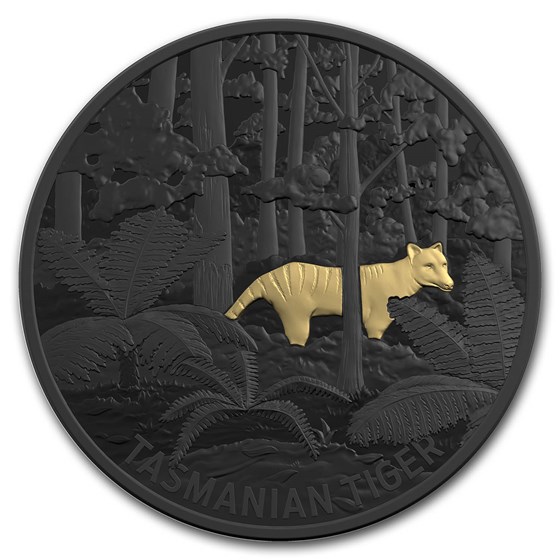 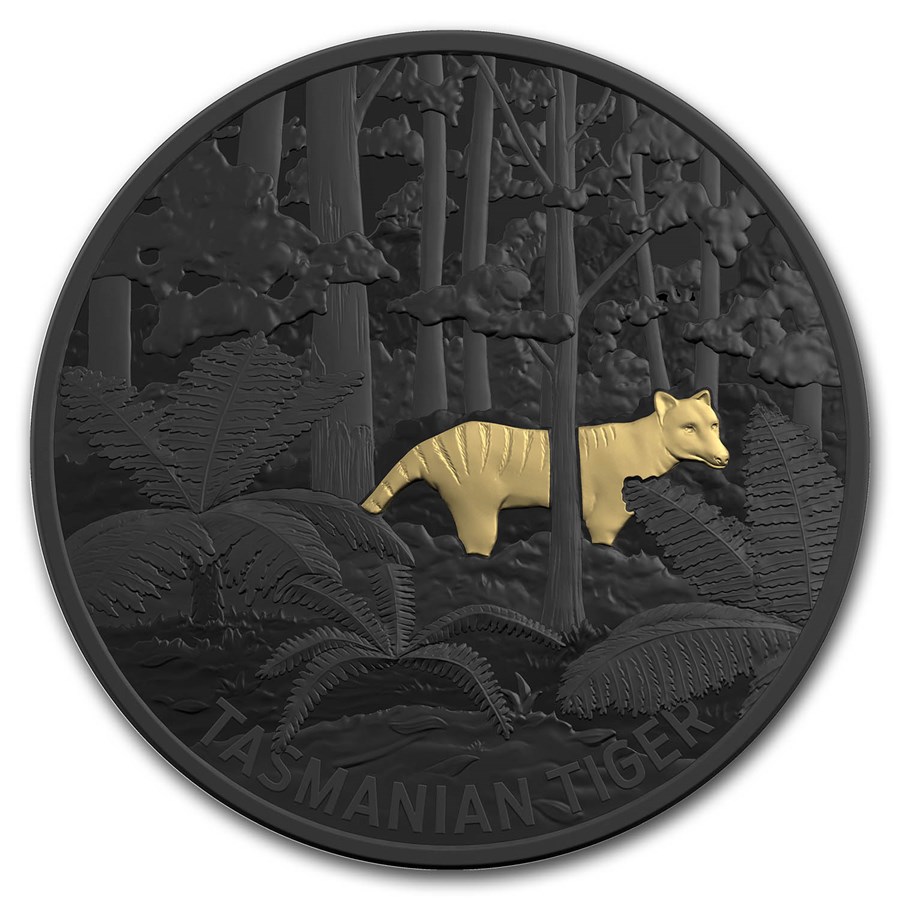 The Australian Fauna series celebrates Australia's vanished fauna with this three-coin series. The first features the Tasmanian Tiger, which is one of Tasmania's most familiar animals, although extinct for almost a century. The second coin in the series features the Lesser Bilby, another extinct animal that inhabited Australia's arid desert. The third and the final coin of the series celebrates the Night Parrot, which was once feared to be extinct, but recently has been re-discovered. All three coins in the series feature the design in 1 ounce of Proof Silver, with black nickel-plating, and selective Gold-plating.

The pictures of this coin do not serve it justice. Viewing through a magnifying glass is like looking at a hi-def screen. I got the $5 face value version. Look forward to more coins in this series.