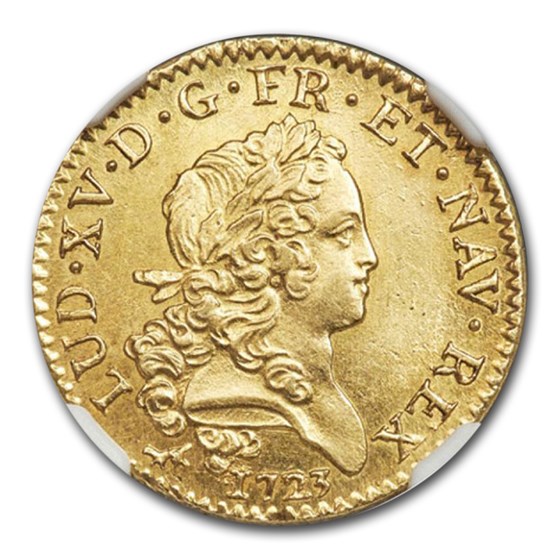 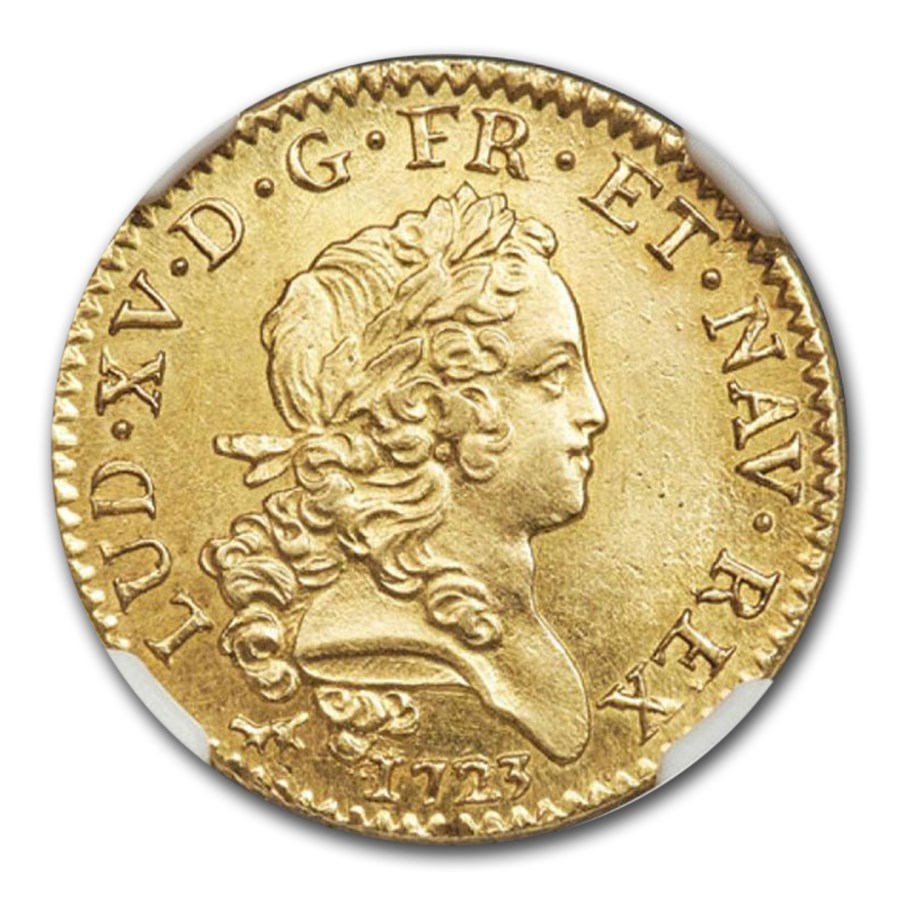 Your purchase will match the quality of the product shown.
Product Details
Product Details
Many of these coin types were specifically minted to pay government and military debts in New France. Hundreds of these Louis d'or of varied dates and mints were salvaged from the site of the wreck of Le Chameau in the late 1960s.

Display your coin in style by adding this Wood Presentation Box to your order.

The 1723-1725 Louis d'or de 20 livres aux mirlitons are widely pursued by collectors of French Colonial coins specifically and American colonials in general. Hundreds of these Louis d'or of varied dates and mints were salvaged from the site of the wreck of Le Chameau in the late 1960s. This 48-gun French transport ship foundered off the coast of Nova Scotia, in 1725 just 12 miles away from its destination of Fort Louisbourg. The Gold and Silver coins sent from France were meant to pay administrative and military expenses, but salvage operations did not locate the treasure in the difficult Nova Scotia waters until 1965. Although it is impossible to say if the present specimen is one of those treasure coins, the general type is often called the "Le Chameau type."