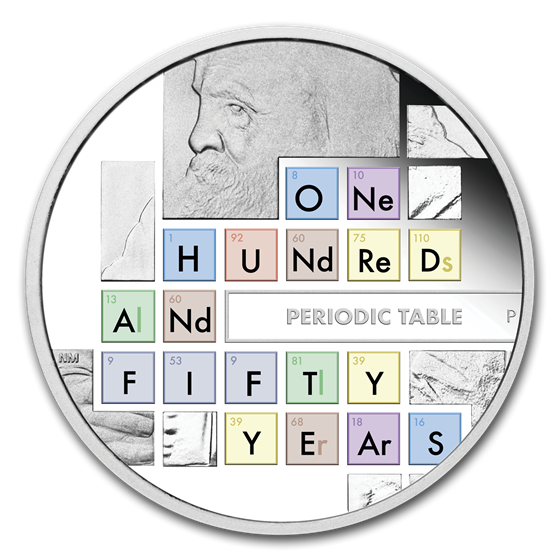 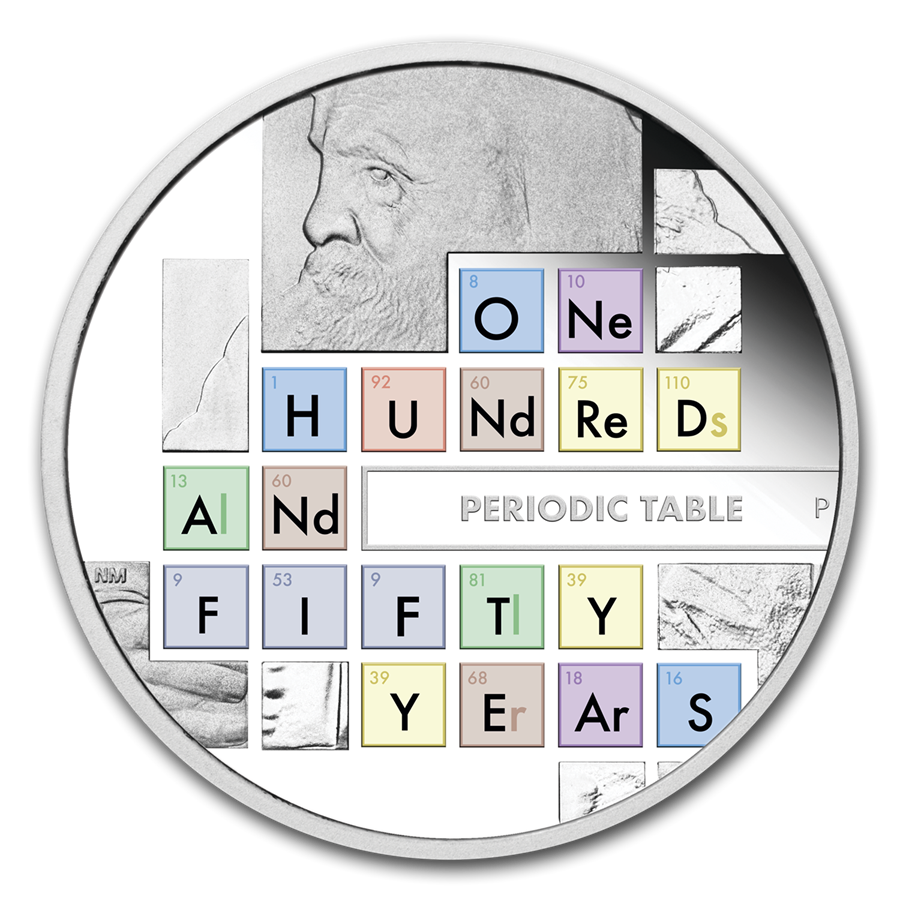 Your purchase will match the quality of the product shown.
Product Details
Product Details
This 1 oz Silver proof coin celebrates the 150th anniversary of the creation of the periodic table and features Russian chemist Dmitri Mendeleev, often referred to as the Father of the Periodic Table.

Dmitri Mendeleev is credited with formalizing the arrangement of the chemical elements in 1869. By grouping the known elements in order of increasing atomic weight he developed a principle which he called the Periodic Law. This led to the realization that certain types of elements occurred regularly, confirming their resultant pattern, or periodicity.

Add this Anniversary of the Periodic Table coin to your cart today!