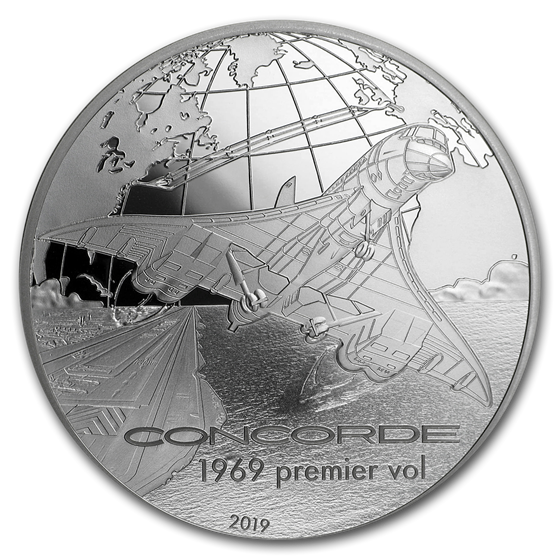 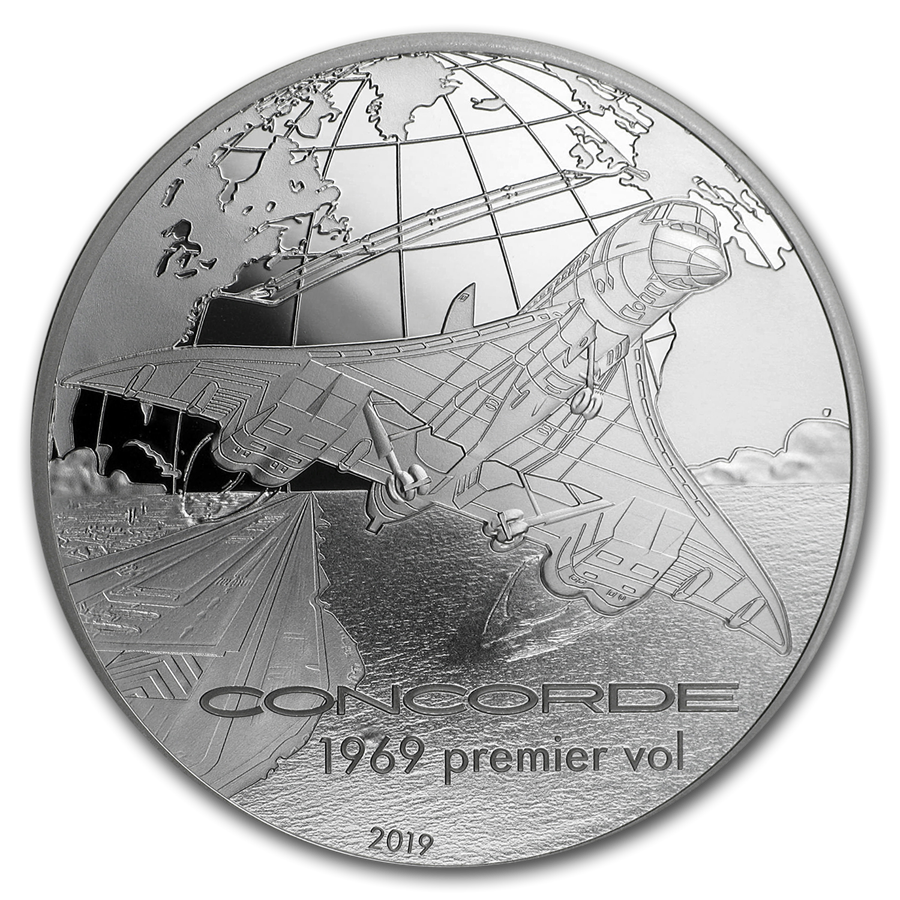 Your purchase will match the quality of the product shown.
Product Details
Product Details
This series on aviation and its history pays tribute to the major aircraft along their adventure from the Spirit of Saint-Louis to brand new planes like the A380. Now sold out at the mint!

Coin Highlights:
This Silver coin would be a great addition to any collection or an ideal gift for a loved one. Add this 2019 Proof Silver €10 Aviation & History Concorde coin to your cart today!

The legendary Concorde, a turbojet-powered supersonic passenger airline was the result of Franco-British work developed in the 1960s. This plane took its first flight on March 2nd, 1969 in Toulouse. It entered commercial operation in 1976, flying to Rio, New York, Mexico and Singapore and was in operation until 2003. To date it remains a strong symbol of technological success and brings pride to the two constructing counties.