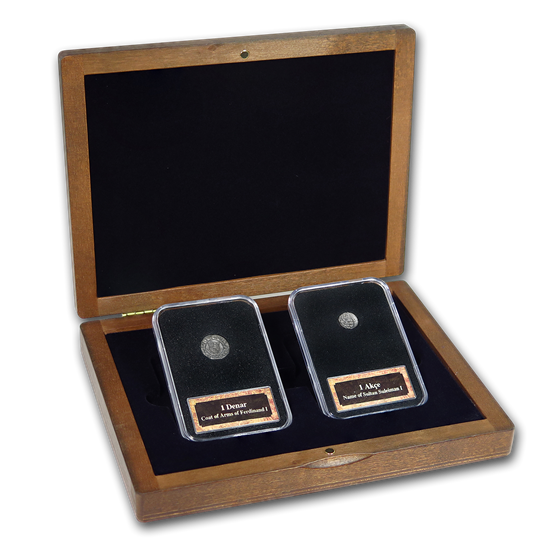 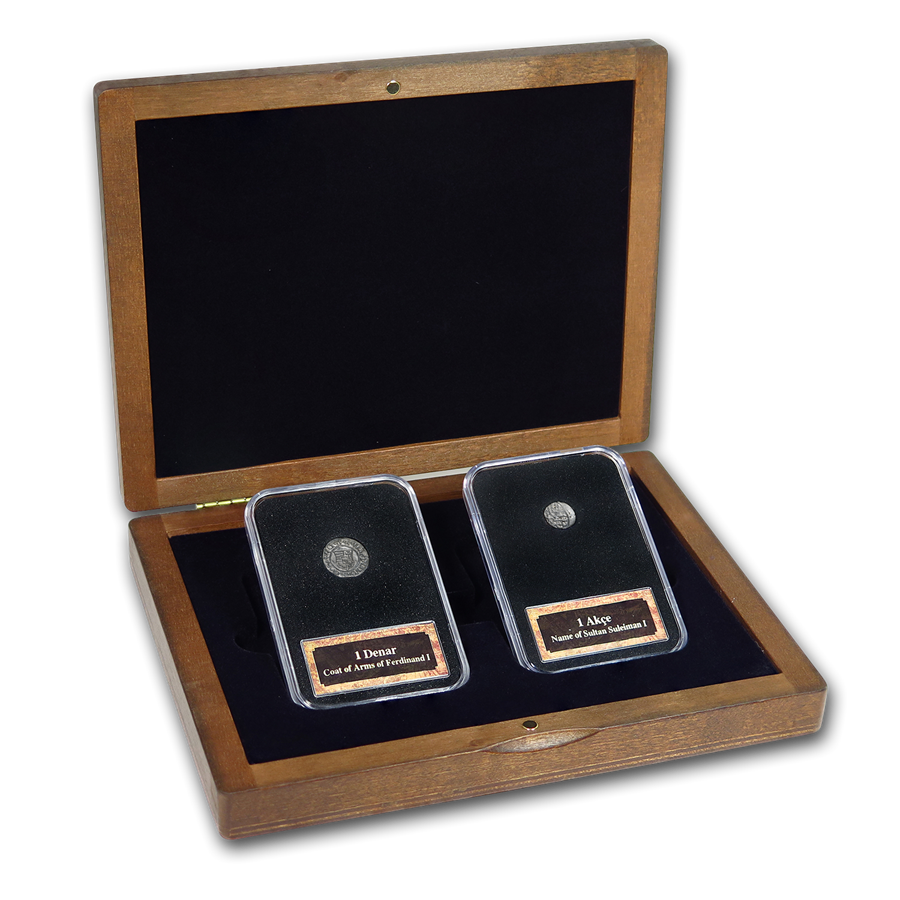 Product Details
Product Details
This historical collection contains Silver coins of the first Siege of Vienna, both historical artifacts and referring to the great cultural fight between Orient and Occident. In 1529, Vienna was surrounded by the Ottomans, which were finally defeated.

Add this historical and highly educational The Siege of Vienna 2-coin Silver collection to your cart today!

The coins from this collection, chosen by experts, were issued by both of the great adversaries, Sultan Suleiman, on of the most important rulers of the Ottoman Empire, and the Austrian Archduke Ferdinand I, who was also the King of Hungary from 1526 onward.