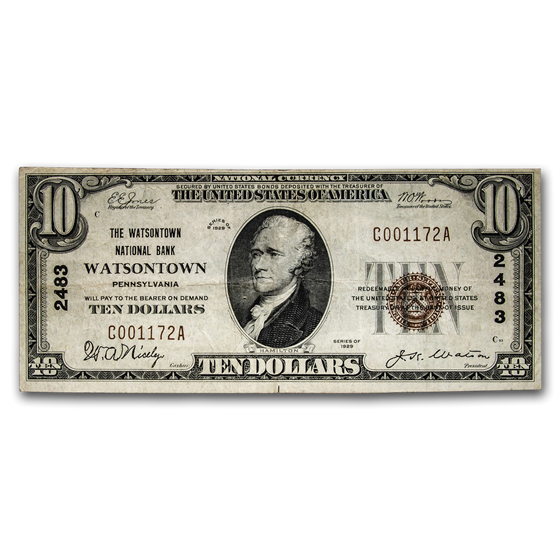 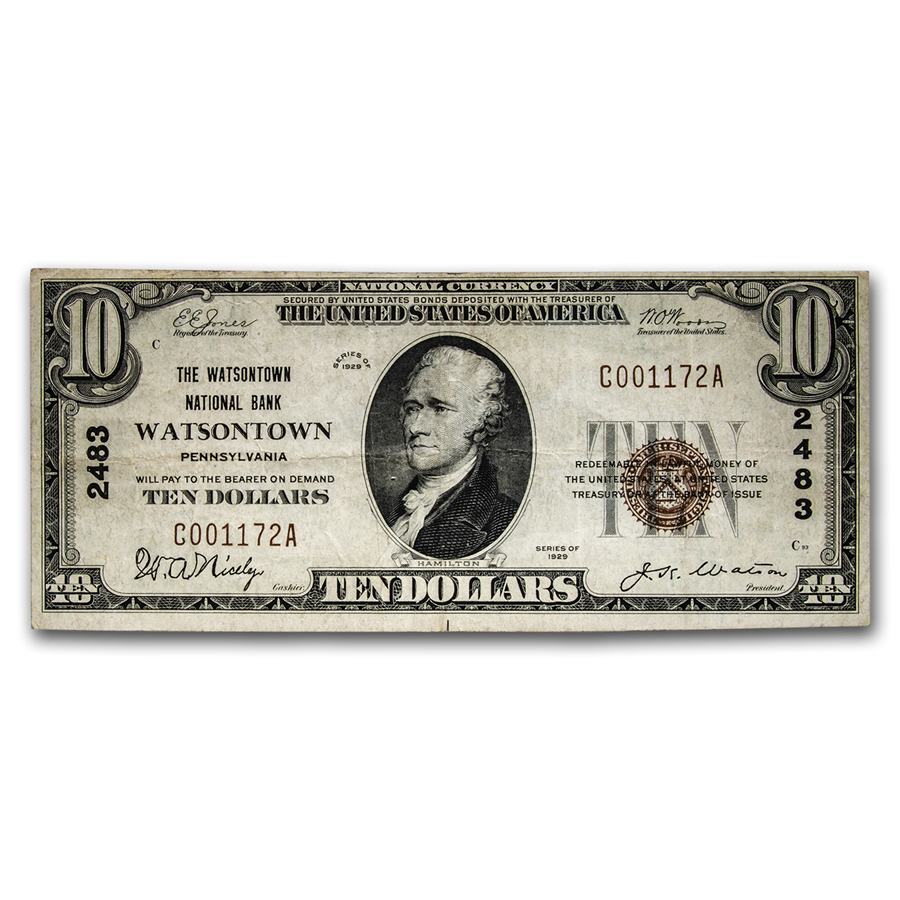 Product Details
Product Details
This Series 1929 $10 National Currency Note was issued by The Watsontown National Bank of Watsontown, Pennsylvania. This example is in Very Fine condition and is a scarce bank with limited examples available.

This small size note would be considered common in terms of Nationals, so the price is affordable for the beginning collector!