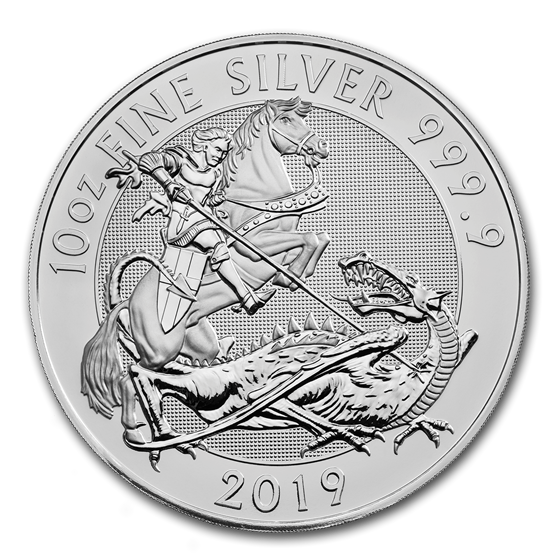 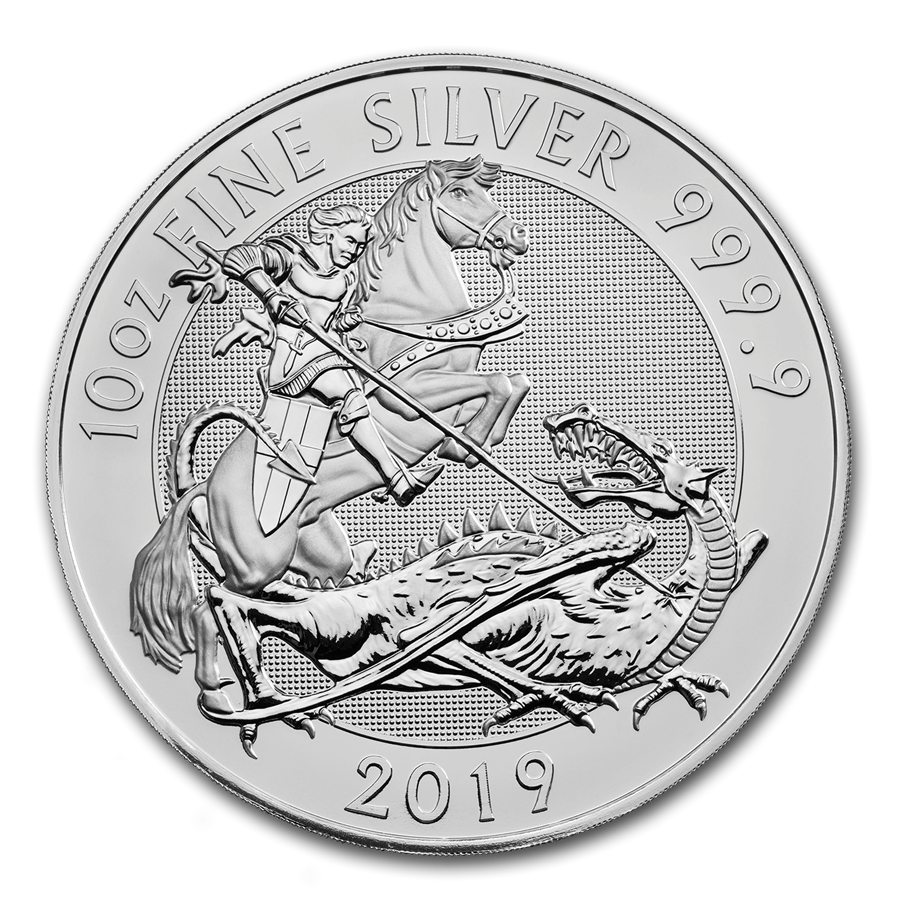 Your purchase is guaranteed to match the quality of the product shown. It will not be this exact item.
Product Details
Product Details
This impressive .9999 fine Silver coin features one of England's most famous legends of St. George and the dragon. It is the second release of the 10 oz Valiant coin, first released in 2018.

This coin looks alot better than the picture. Has a low premium also. The Royal Mint is becoming my favorite mint because of coins like this. Still love the Perth Mint too though. Plan on getting more of these. They are gorgeous!!!!!