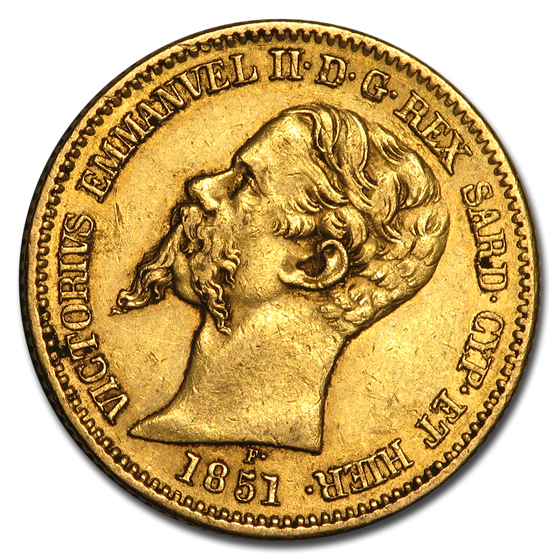 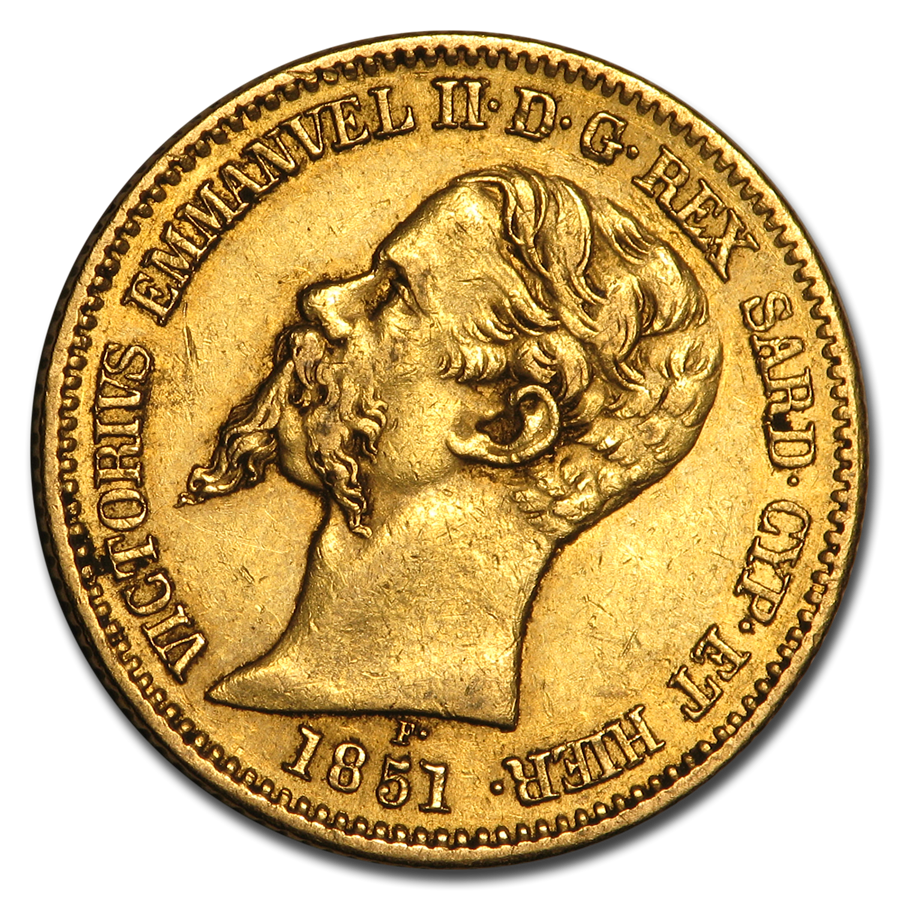 Product Details
Product Details
Struck to the standards of the Latin Coin Union, this beautiful Sardinian Gold coin was struck during the reign of King Vittorio Emanuele II from 1850-1861. In 1861 he became the first king of a united Italy since the 6th century.

The Italians gave him the epithet "Padre della Patria" (Father of the Fatherland).