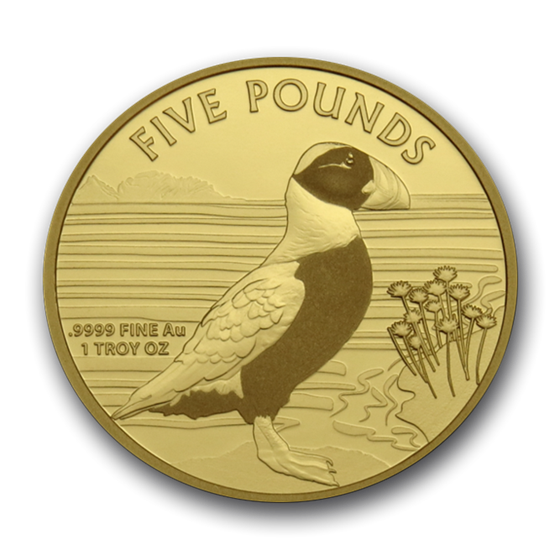 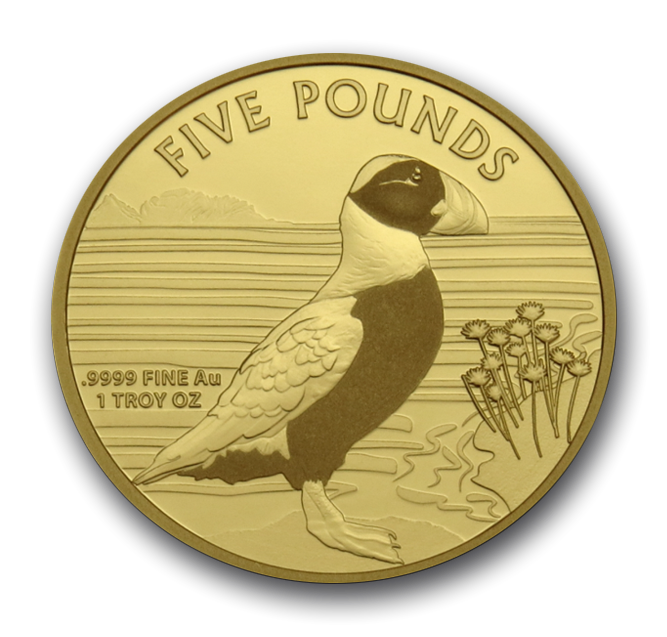 Product Details
Product Details
This release of the APMEXclusive® Alderney Five Pounds features a striking image of a Puffin in .9999 fine Gold. The 1 troy oz coin has a limited mintage of 100 coins worldwide.

Alderney has over 270 species of birds, either as residents or passing migrants. To the delight of everyone, Puffins make Burhou its home. Burhou is home to a beloved Puffin colony and is only a short boat ride from Alderney.

Own one of these rare Gold coins while it is available. Add this 2019 1 oz Gold Puffin coin to your cart today!

The word puffin is thought to be derived from the word ‘puff’ which refers to swollen. And it is the puffin chick that contributes best to this name because of its round, puffed look resulting from its dense cover of down feathers - an adaptation for retaining body heat while the parent is off fishing. Indeed, they resemble little puff balls with beak and feet. Puffins have also been called "clown of the ocean" and "sea parrot" because of their clown-like facial markings and colorful beak (more like that of toucans).