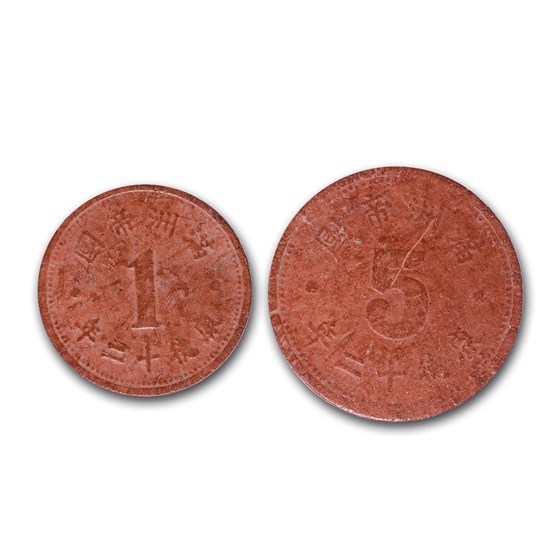 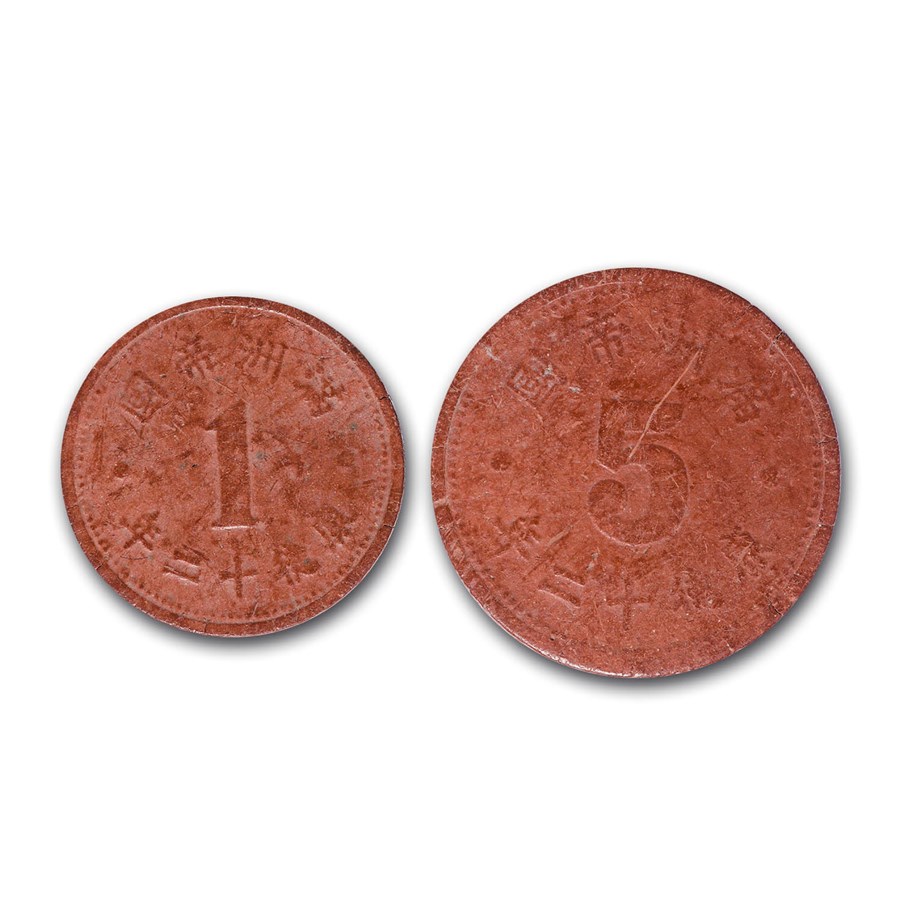 Add this not often encountered 2-coin set of the Manchukuo empire to your collection today!